10 things you need to build your own computer
4 Comments

Hopefully, by the end of this post, you’re going to have more than a good idea about what you’ll need to start AND finish your build. 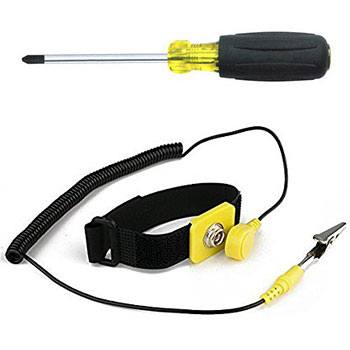 The list of tools required for a PC build is not extensive by any stretch of the imagination. Realistically, you’ll only need a couple things – one you probably have lying around right now.

Chances are, you probably don’t have an anti-static wristband. Although not exactly required, it’s a good idea to have just in case; especially if you live with pets or have a lot of carpet in your house. As the name implies, the anti-static wristband works to eliminate any possibility of static charge (by grounding you) so you’re not accidentally discharging electricity into your components.

You’re also going to need a screwdriver. A #2 Phillips usually does the job just fine, but you could easily get away with using any old screwdriver that fits.

A case is important because it’s what houses your build. It’s also the part that you, and everyone else is going to see the most.

Picking a case can be one of the hardest parts of your build. Not because it’s hard to find a good case, but because it’s actually really easy to find A LOT of good cases. The massive amount of options can often make it hard to decide on any particular case.

However, since cases are such a subjective topic, it’s a good idea to spend a while browsing around and weighing your options. What someone suggests might look cool initially, but then you might find one that you like way more just 5-minutes later. That’s why in all of my DIY builds I always suggest to check out other case options! 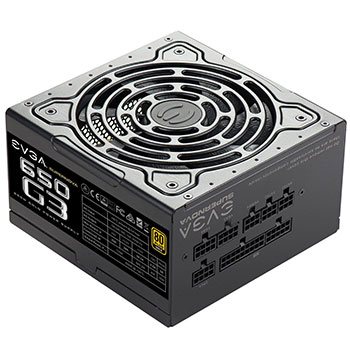 Often referred to as PSU, a power supply is one of the most important parts of your build. Not because it has any direct impact on performance, but for the simple reason it’s what powers your build.

That said, your choice of PSU should not be dictated by price, but instead by the quality of the unit relative to your budget. I know, it sounds convoluted, but it’s actually pretty easy. Basically, you don’t want to skimp out on your power supply. If you were to buy a cheap one and it all of a sudden shorted itself out or something like that, it could potentially ruin the rest of your system and cost you hundreds if not thousands of dollars.

So, yeah, don’t do that. Instead, spend the extra $30 and get yourself at least an 80+ Bronze rated PSU. Generally speaking, a power supply bought for a build today could be used for your next build/series of upgrades as well. Some of them even come with 7-10 year warranties, just to show you how long they can last.

You might be wondering why I combined these 2 parts, completely understandable. I combined the motherboard (mobo) and processor (CPU) because they absolutely must be compatible with each other. Pretty basic, not much more to it than that.

Without a compatible motherboard and processor, your build simply won’t work. Not only that but if the sockets are different you will likely damage your CPU trying to install it. So, make sure you’re doing your due diligence and double-checking that your CPU and mobo are going to work together.

The level of processor you end up choosing should be based on the level of performance you’re aiming for. Check out my post on the old i3 vs i5 vs i7 debate if you want to learn more. 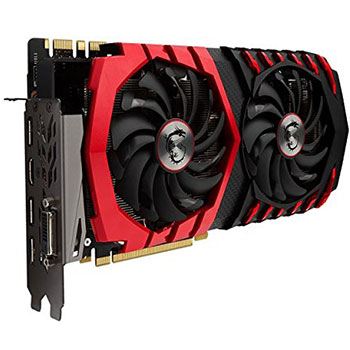 A graphics card (often referred to as a GPU) is where the bulk of what you see on your screen comes from… Unless you’re running the integrated graphics that come bundled with your processor.

Having a good GPU is really only necessary if you do a lot of gaming. If you’re just using your PC for watching videos on YouTube and trolling forums, there isn’t much point in spending a lot on a graphics card, or anything really. The vast majority of Intel processors and certain AMD processors come with integrated graphics solutions that are more than adequate to handle most “general use” type things.

Picking a good graphics card comes down to the kind of games you want to play and the resolution you want to play them in. If you’re just playing something like Fortnite in 1080p, there’s no need for a GTX 1080. But, if you want to play The Witcher 3 in 4K then your GTX 1080 would be a lot easier to justify.

Random Access Memory is crucial for modern computing, especially if you’re a gamer. Without the right amount of RAM, your desktop’s performance is going to suffer – this is even more noticeable when gaming.

Right now, the minimum amount of RAM you should be running in ANY gaming-oriented desktop is 8GB. However, games are quickly getting to the point where 8GB is no longer enough and 12-16GB will soon become the new norm.

If you’re not building a PC to use for gaming, 8GB is still the least I would suggest as apps like Chrome can eat multiple GB of RAM without an issue. Running less is doable, but it’s not recommended.

Storage is an obvious part of a build, or at least it should be. Without storage, you’ll have nowhere to store anything! But, what kind of storage and how much do you need? That’s the real question.

There are 2 main kinds of storage. HDD and SSD. HDDs are slower but much cheaper per GB of storage. SSDs are a lot faster but a fair bit more expensive. On top of that, there are different kinds of SSDs, primarily M.2-based SSDs which may or may not have NVMe functionality. NVMe is basically a nerdy way of saying “way faster than other M.2 or SATA SSDs.”

Generally speaking, the type and amount of storage you should buy boils down to how much you’re spending on your build and what you’re doing with it. If you have A LOT of games you like to play, then buying a 1TB-2TB HDD for mass storage wouldn’t be a bad idea. But, if you’re only ever playing a couple of games at a time, you could easily get by with a 250GB SSD for staters. 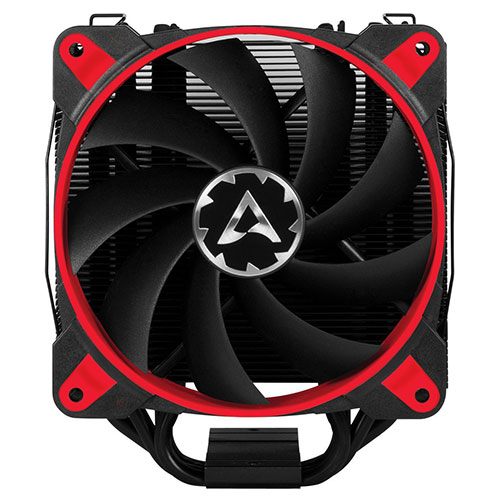 A CPU cooler is a definitive priority as you cannot run your PC without one. If you’re going to buy an unlocked Intel CPU like the i5 8600K or i7 8700K that doesn’t come with a cooler, what you should buy depends on how much overclocking you’re going to do. If you’re just going to push a light overclock, a good cheap air cooler like the Cryorig H7 would suffice. But, if you want to go for gold and see how high you can get your CPU, you should consider investing in a good liquid cooling setup, whether that’s All-in-one (AIO) or custom is up to you.

Your case fans are less of a priority but are still necessary if you don’t want your desktop to melt. There are a few different options of how set up your fans to achieve different types of air pressure (positive, negative, and neutral) inside your case, but most people opt for a neutral or positive pressure. For neutral you would want 1:1 ratio of intake vs exhaust fans. For a positive air flow (more air coming in than going out) you’ll want more intake fans than exhaust fans.

It’s worth noting that fans are essentially universal, they become an “intake” or “exhaust” fan depending on which way they’re facing.

A good display can potentially be used for a long time. It’s one of the few parts you can buy today and still be using 5 or 6 years down the road without a problem.

If you’re a gamer, the display you buy should be somewhat aligned with the level of performance your build is capable of. Meaning, you don’t want to go out and buy a 4K 144Hz monitor if your build is barely able to handle 1080p. That would just result in an all-around negative experience. Not ideal.

However, there’s no harm in buying a monitor that refreshes at a much higher rate than your build can deliver FPS. Chances are you’ll be using your monitor for a couple of upgrade-cycles and eventually you’re going to be able to take advantage of those extra Hz. This would be more ideal than buying a higher resolution than your build is capable of.

If you don’t game and you just use your PC for browsing the web and such, then a 1440p or 4K monitor wouldn’t be a problem. 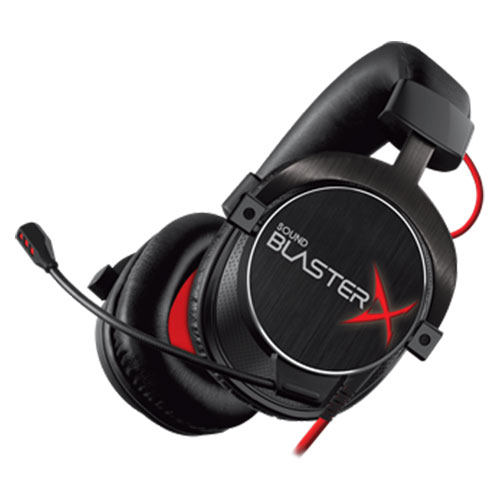 Last but not least, you’re going to need things like a keyboard, a mouse, some kind of audio solution, and of course the operating system of your choice.

If you’re no noob to desktop computers then you probably have everything I just mentioned, less maybe the OS. If you are a desktop noob, then let’s quickly go over the last few things you’ll need.

Your keyboard and mouse are an extremely subjective purchase. Everyone might love “mouse/keyboard A” and it might get hundreds or thousands of great reviews, but you might prefer “mouse/keyboard B”. Different keyboards and different mice are going to cater to a different style of use as well as needs. You might need a keyboard with an array of programmable macro keys, or you might need a mouse that caters to a claw-grip. It all boils down to personal preference first, and then from there which is the best product.

Audio comes down to, again, what you need. From headsets to speakers with powerful subwoofers, your options are definitely not limited. As a general rule, headsets can really help to get you immersed in a game or help you hear what’s going on around you with more clarity. But, nothing beats a good pair of speakers with a powerful sub when you’re listening to music or watching a movie.

Like audio choices, there are even a plethora of options available when it comes to picking an operating system – no longer are you limited to just Windows! You could choose from any number of (free) Linux-based systems that allow for enhanced security at the tradeoff of less compatibility. Or, you could opt for a copy of Windows 10 to keep things simple and have guaranteed compatibility with all of your programs and games.

Without each of those 10 things, you would find it very hard to build your own computer. At the very least, it might be a little hard to use it if you’re missing something like a mouse or a keyboard.

Once you’ve found everything you need for your build and you’ve made sure it’s all compatible, it’s time to work on putting it together, installing drivers, and all of that fun stuff. But that’s a topic for another post! As long as you can avoid the most common mistakes people make when building their first PC, I’m sure you’ll do just fine!

All-in-all, I hope you found this post a little informative, at the very least. If you have any questions or comments, please feel free to utilize the comment section as you see fit!

iim trying to biuld my own pc