Since Nvidia officially unveiled their new lineup of Turing-based GPUs yesterday, pricing for the current gen of GPUs has already started to drop. Not only can you get a GTX 1080 Ti less than $650, but you can get also get a GTX 1080 for less than $450. 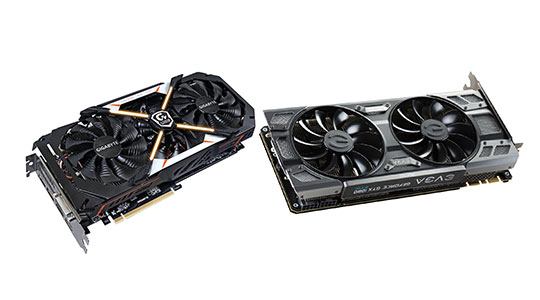 The mid-range cards and lower have also seen price drops, but not as significant as the high-end. Numerous models of the GTX 1050 Ti have dropped in price to around $150 (opposed to ~$200 not too long ago). Both 3GB and 6GB models of the GTX 1060 have also dropped in price compared to what we’ve been seeing; however, they’re still not at their lowest price point with the cheapest being GTX 1060 3GB  and the cheapest GTX 1060 6GB sitting a little higher.

Considering it’s only been a single day since Nvidia announced their upcoming Turing-based cards, prices are bound to drop on a wider range of their current gen GPUs sooner than later. At the very least, it’s nice to see GPU prices going down for a change.

Should have put the msrp. Most people probably don’t know that a gtx 1080 ti for less than $650 is a really good price

Good point, Martin. I’ll go ahead and update that asap.