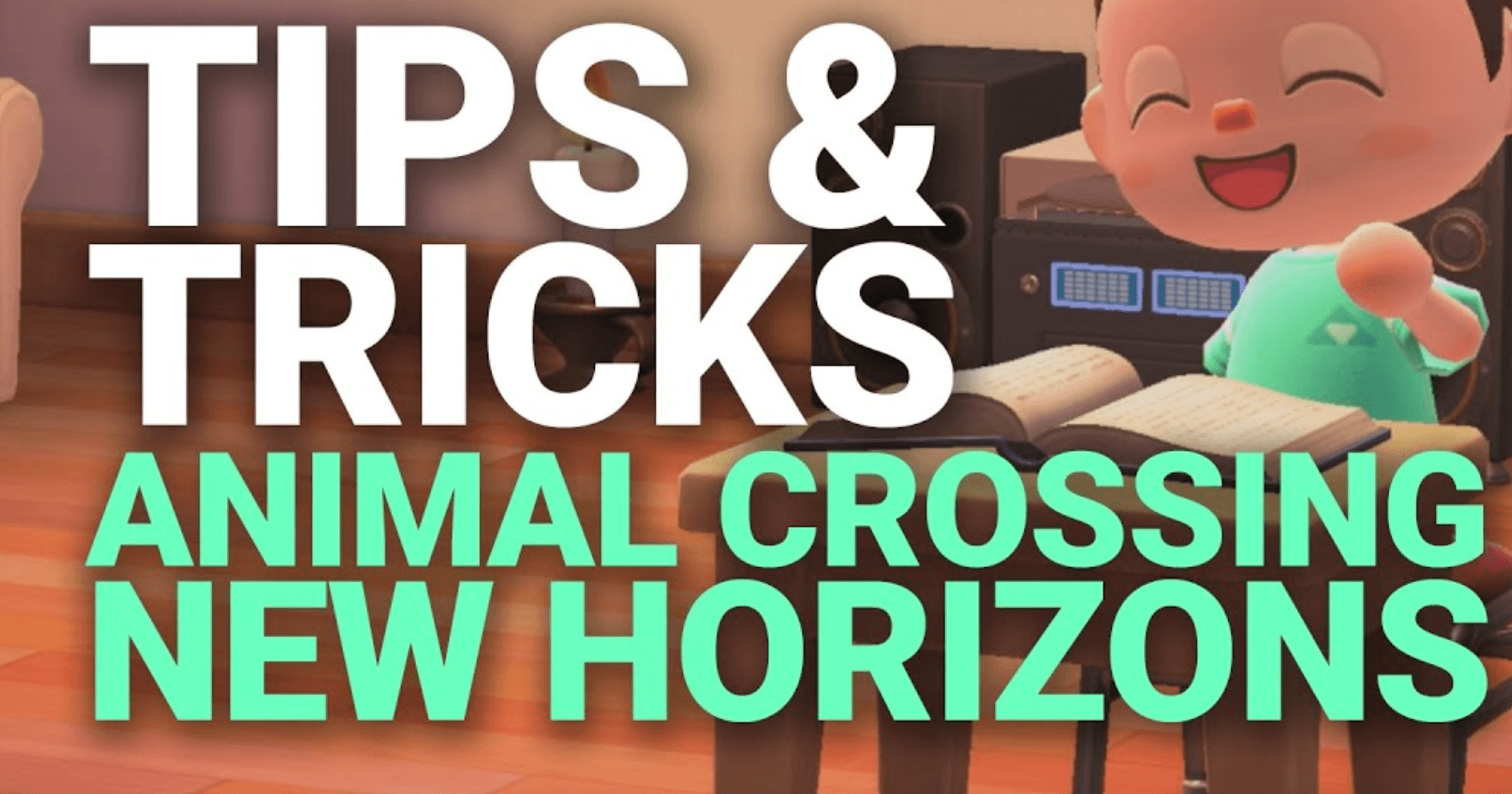 Animal Crossing: New Horizons has whisked millions of people away to their very own not so deserted island. And if you’re like us, you’re already dreadfully in debt to Tom Nook and loving it. After the first couple of days in Animal Crossing: New Horizons, you may find yourself having already mastered the basics. And as we’ve been pottering around in the game for a while, we think it’s about time we shared some advanced Animal Crossing tips that we’ve picked up along the way. Here’s 18 advanced Animal Crossing tips to help you make the most of Nook’s Getaway Package and make your island your very own little slice of paradise.

Update: A lot of people have been asking about how to get the ladder recipe so we created this post.

Below, we start with some basic tips and end with our more advanced tips for one of our favorite games of 2020. 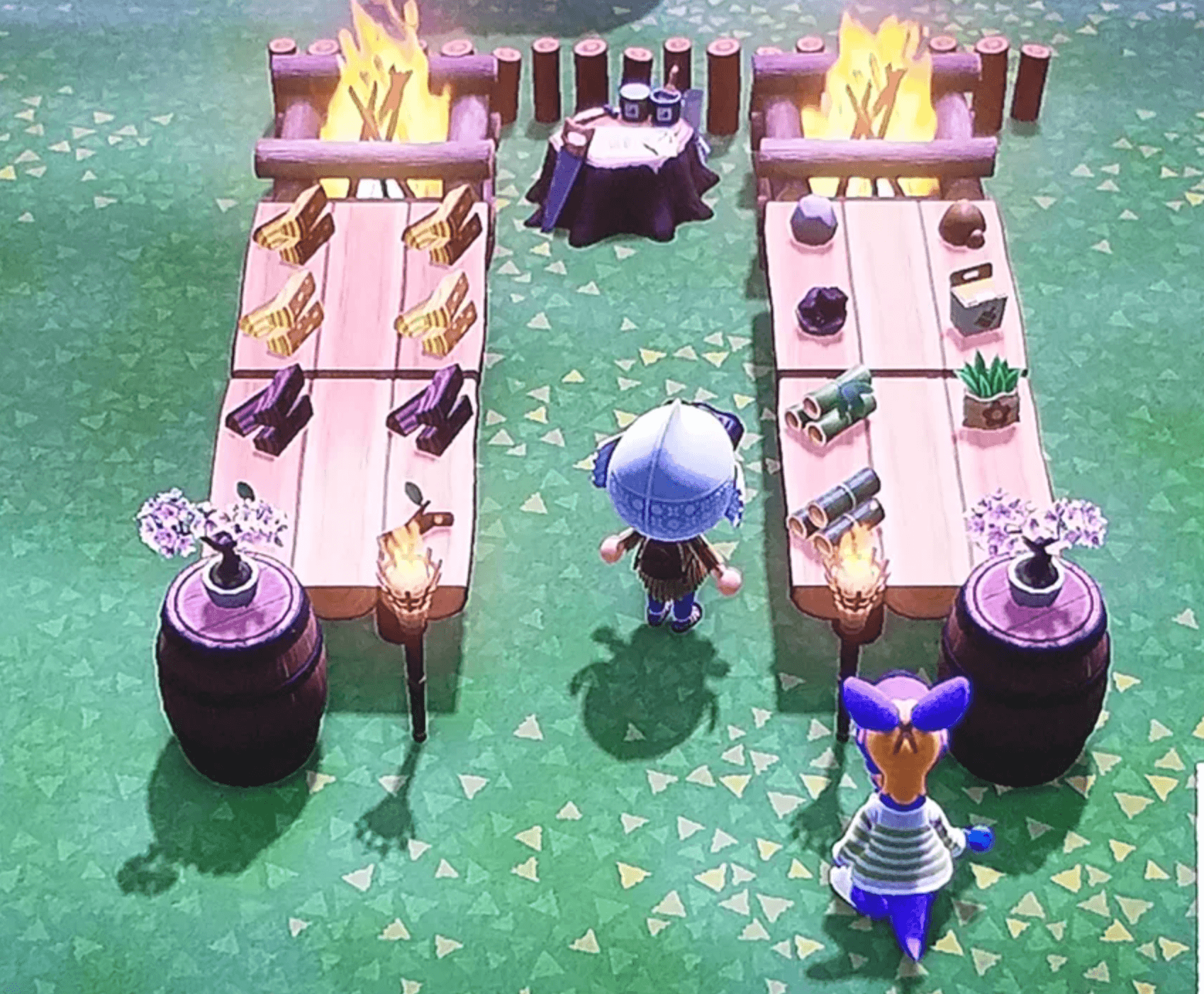 If you’re in a rush, and let’s face it, we all are after a certain point in Animal Crossing, tap A repeatedly when you’re crafting to speed up the process. It makes your villager look like they’ve just had all their nerve endings fried by electricity, but it’ll get you that item a couple of seconds sooner. Which is particularly helpful when you’re building a bunch of wooden block toys to get yourself some new furniture. 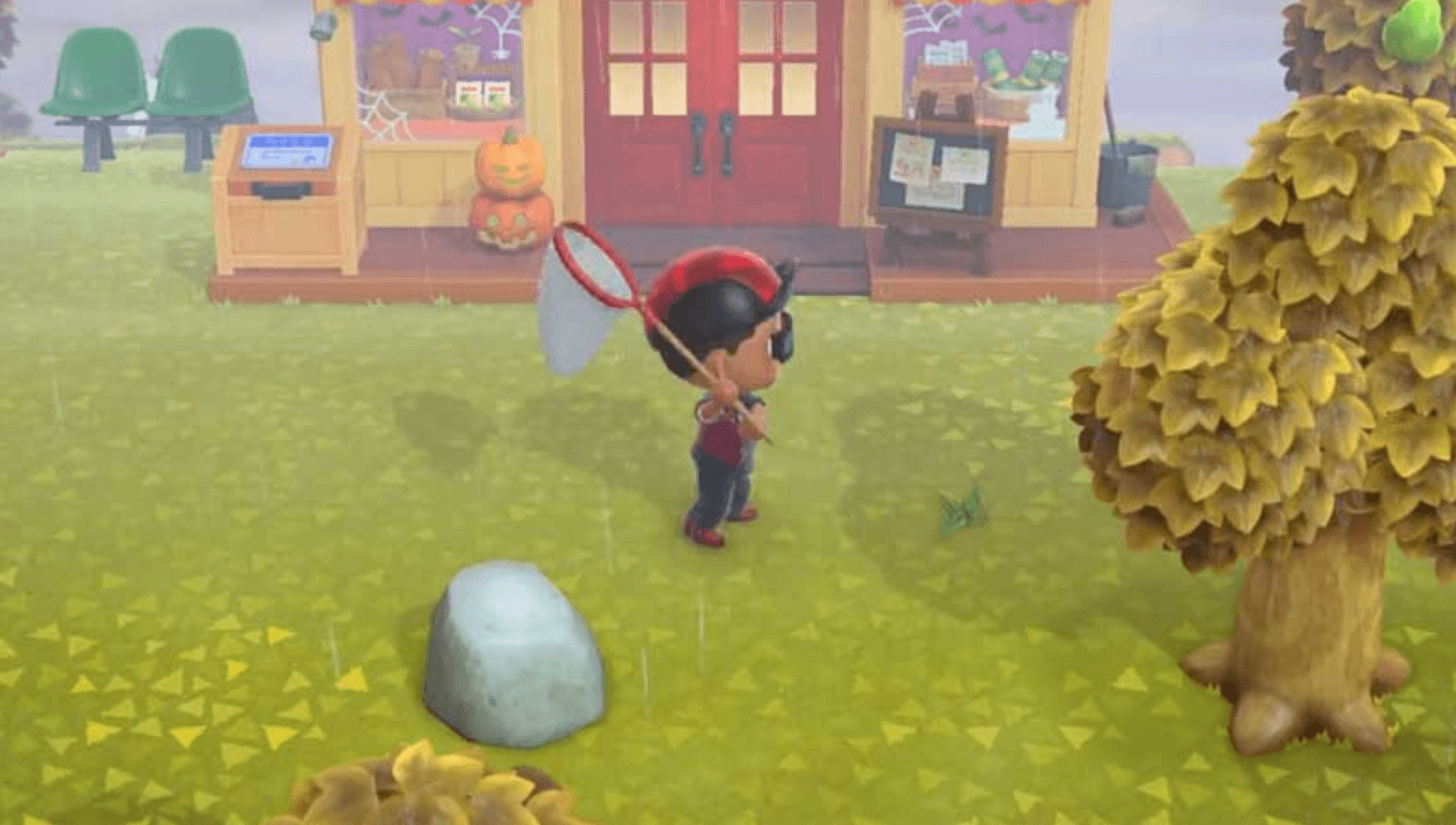 Wasps are a necessary pest in new horizons, but there is a way to escape them. Either run into a building when they emerge from a tree or keep a net handy whenever you shake trees. Then all you have to do is swing it to when they get near and you’ve caught yourself a single wasp. Best not to wonder where those other ones went.

3. Smash Rocks On an Empty Stomach 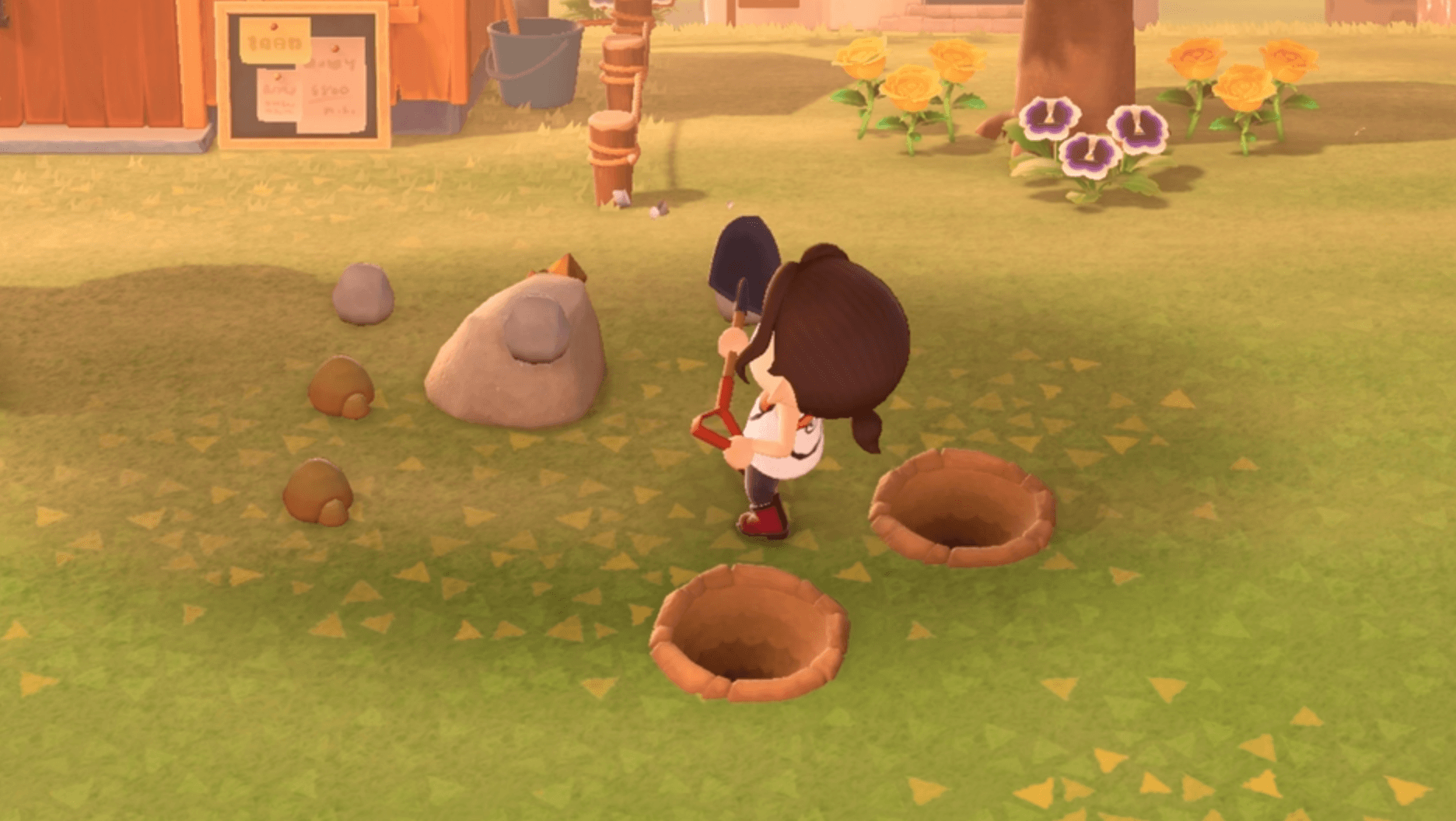 Animal Crossing: New Horizons features a ton of recipes that require iron nuggets. Searching for them can take a while, especially if you’ve eaten your fill of fruit. See, when you eat, your swings become much stronger, which can lead to you accidentally smashing rocks. Smashing a rock will get you only one resource. Whereas if you hit it on an empty stomach, you have eight or nine chances for it to spout out an iron nugget. So in direct contrast to real life advice, make sure to do hard labor in Animal Crossing: New Horizons on an empty stomach. 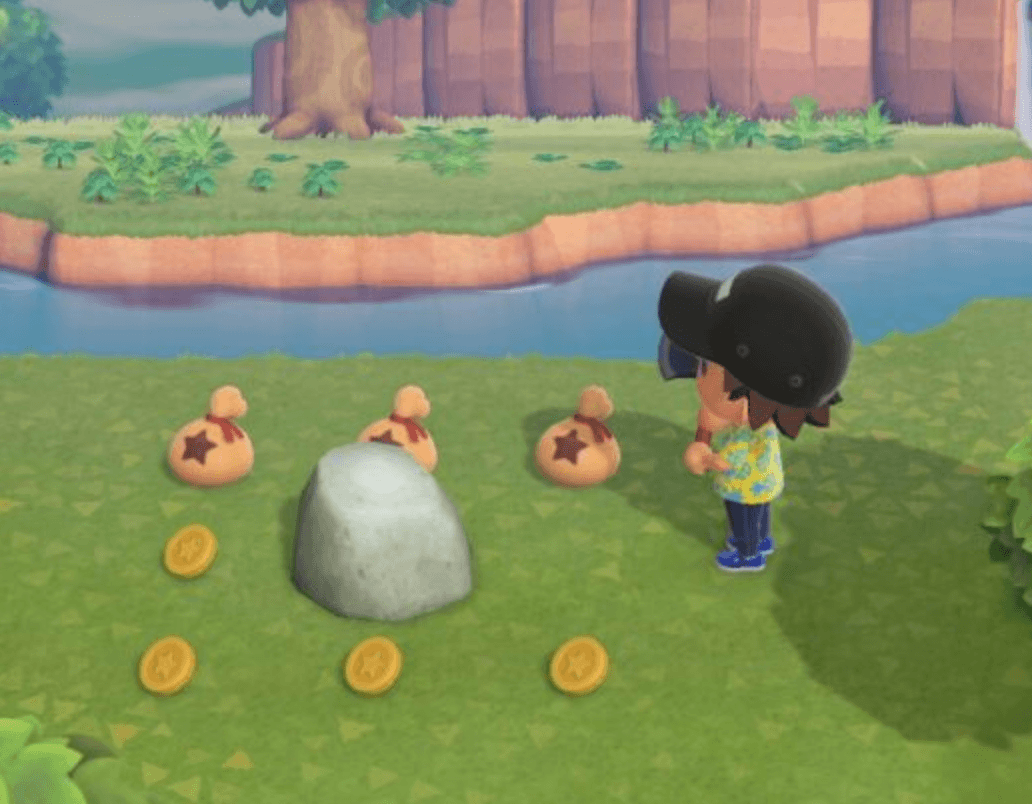 When traipsing around your island, you might come across a peculiar, glowing spot on the ground. Dig it up and you’ll uncover 1000 bells. But do not fill it back in. Instead, put 10,000 bells in the hole, then bury it. Over three days that 10K will turn into a money tree worth 30,000 bells giving you 20,000 bells of sweet, sweet profit.

5. Wish Upon A Shooting Star 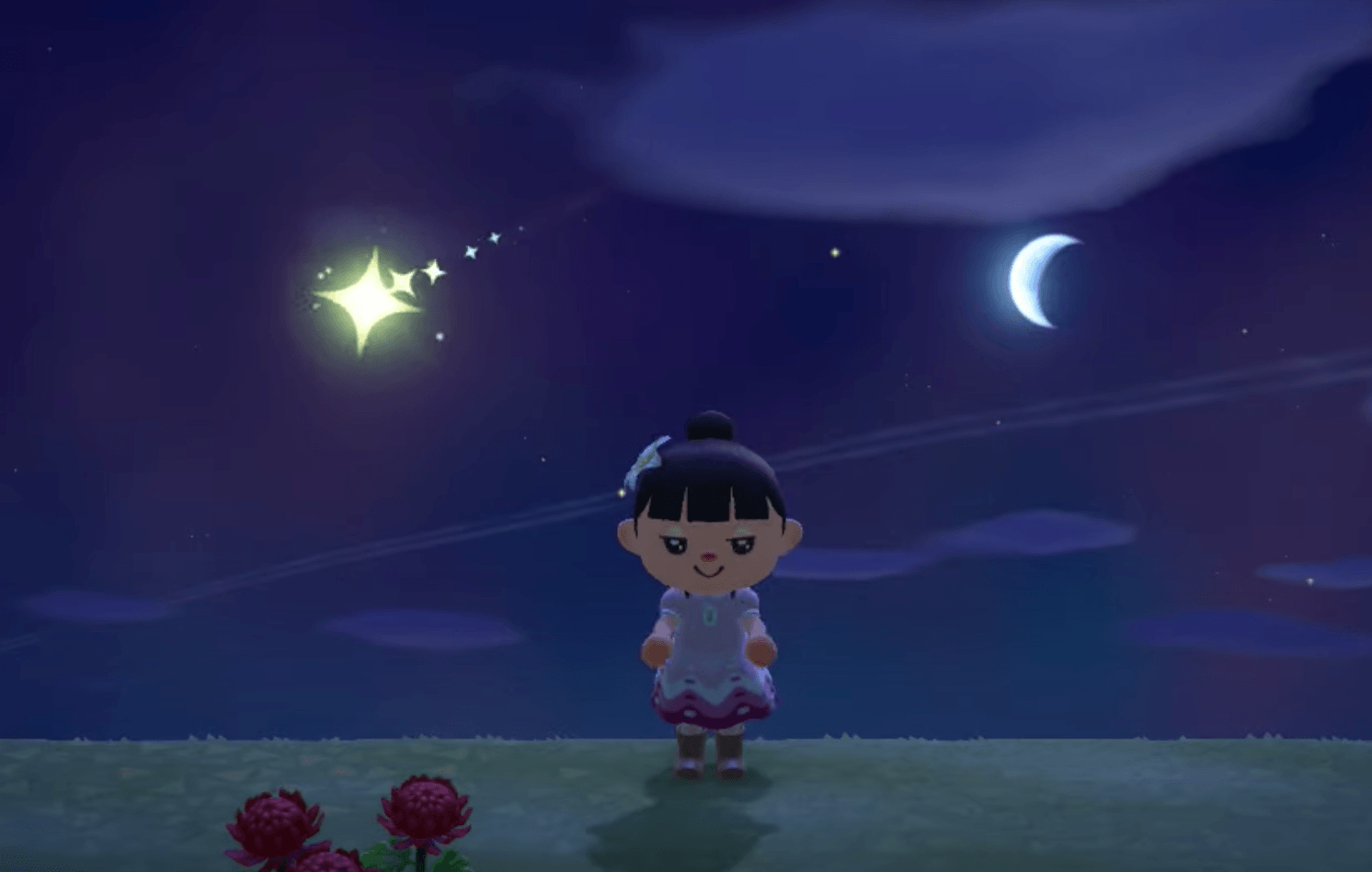 I think it’s safe to say that we’re all playing Animal Crossing: New Horizons pretty late into the night. Remember to gaze up into the sky every so often, as you might find a shooting star catching your eye. Make sure your hands are free, then hold A to wish on the shooting star. You’ll find a star fragment on the beach soon afterwards, which you can use to craft magic wands and all manner of things.

6. Increase your Efficiency in Chopping Wood 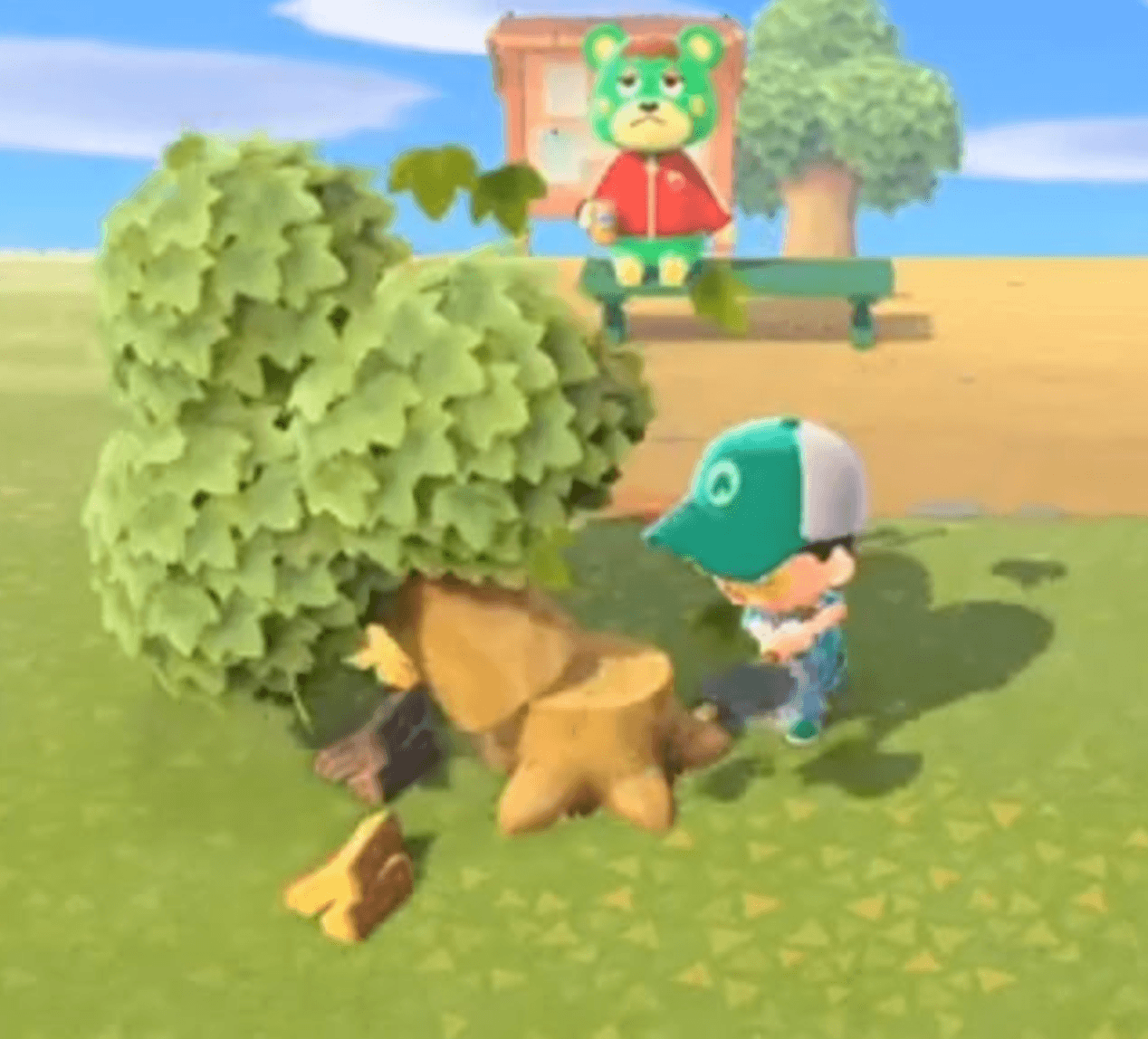 Fed up of hitting trees with your flimsy ax only to realize you’ve already tapped it of all its wood? Instead of picking up the word straight away, leave it beside the tree while you scamper off to hit as many trees as you need to get however much would you want. Then you won’t waste time hitting trees that have no more wood to give. 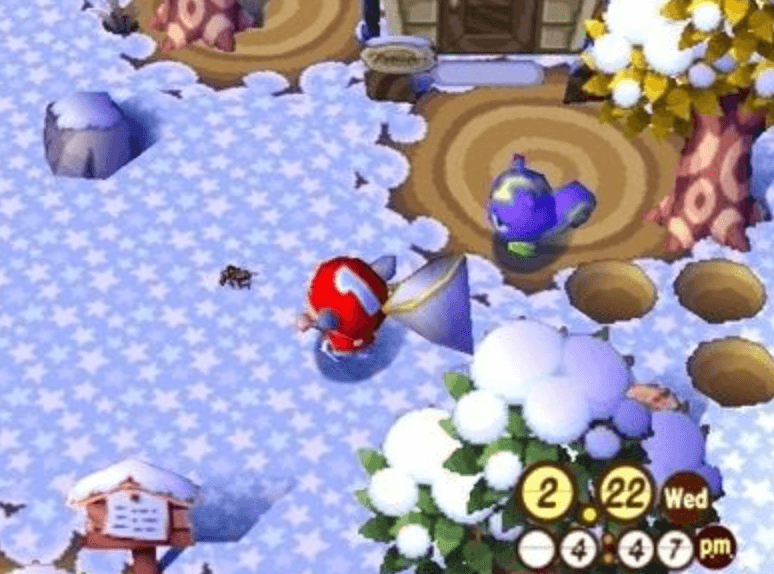 Sometimes you might hear a chirping noise when you’re strolling around your island but see nothing nearby to catch. That’s because the chirping actually comes from underground. Dig where the sound is loudest, and you’ll find a mole cricket. You’ll have to catch it once you dig it up, so make sure you can quickly switch to your net. You can donate it to the museum or sell it to Timmy and Tommy and have them deal with the constant chirping instead of you.

8. The Benefits of Keeping a Crafting Bench 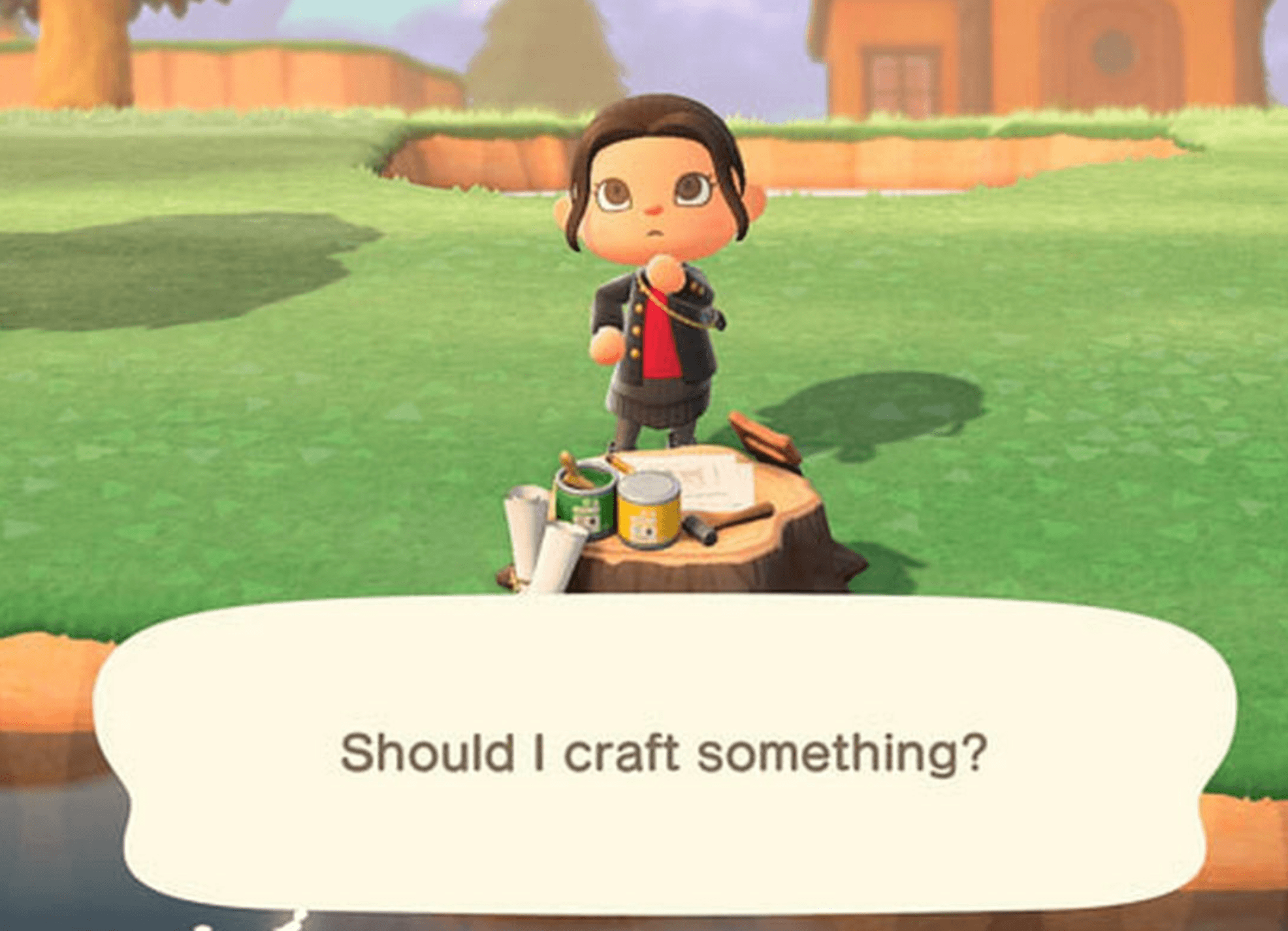 It’s happened to all of us in Animal Crossing: New Horizons, you’re having a merry old time catching bugs or fishing or chopping down trees when suddenly your net or fishing rod or ax breaks. Then you got to run back to your house or residential services and craft a new one. Instead, keep a crafting bench in your inventory. Then you can plonk it down whenever you need to craft something without having to move a muscle. Well, except the arm muscles that do all the crafting, of course.

9. Re-landscape your island to Perfection 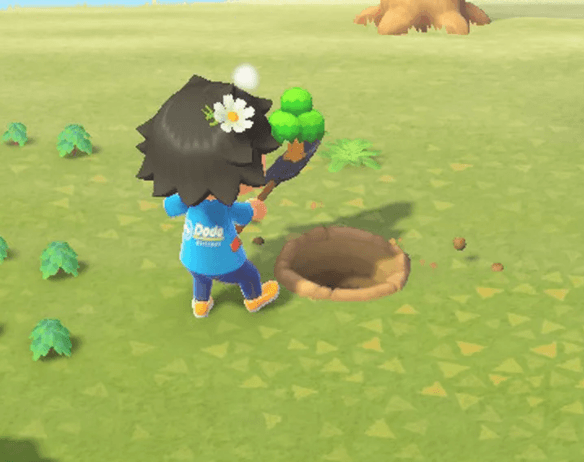 Eating fruit might mean you smash rocks quickly, but it does have benefits too. Eat enough and you’ll be able to move around trees using only your shovel. Just go up to a tree with a shovel in hand, dig it up and you’ll have it in your inventory and be able to simply plant it wherever you want. This is really handy if you’re trying to re-landscape your Island to build an orchard or to make room for new houses. So just make sure you do it on a full stomach.

10. Do away with Tarantulas 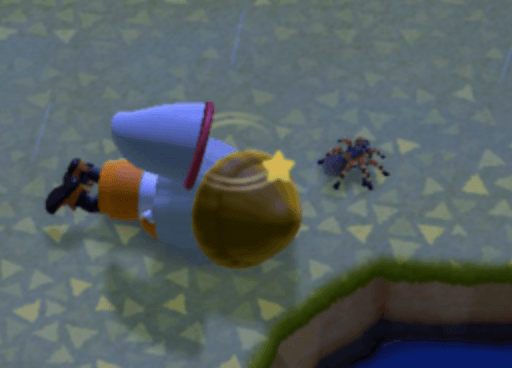 Tarantulas can be the bane of your late night life if you don’t know how to catch them in Animal Crossing: New Horizons. But there’s a simple way to deal with them. Hold B to sneak up on tarantulas while wielding a net and when they perk up like this, freeze. They’ll go back to their normal pose, then simply inch forward bit by bit, pausing every time they rear up, until you’re close enough to catch them with your net. Either donate them to pow Blathers, who hates insects, or sell to Timmy and Tommy for thousands of bells each.

11. Get an Unlimited Amount of Tarantulas… worth thousands of Bells

Spend 2000 of your nook miles on a nook ticket, and you’ll be flown away to a mysterious island where you can collect iron nuggets, coconuts, new fruit, flowers, basically a bunch of stuff. Every so often from about 7:00 PM until 3:00 AM you might find yourself on an island that has a circular island in the middle of what I can only describe as a moat. On this island are infinitely spawning tarantulas. Catch as many as you possibly can because they go for thousands of bells each. I paid off my second house loan in one swoop, thanks to the tarantula island and you can too. 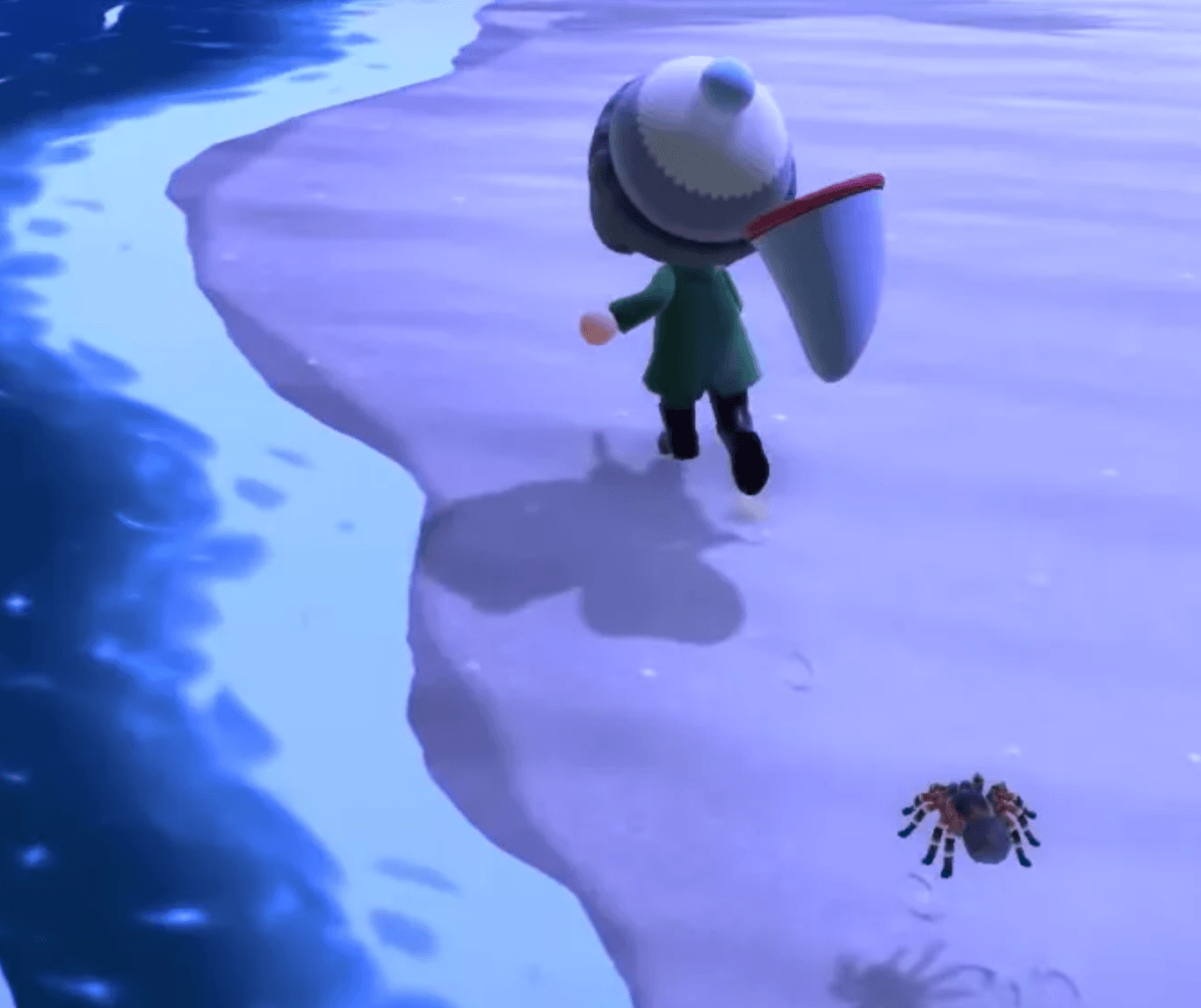 You can also make mysterious islands into tarantula islands by forcing tarantulas to spawn. Simply run around, digging up all of the trees and getting rid of the stumps, as well as getting rid of any blossoming flowers. You’ll also want to smash any nearby rocks, then run around, chasing off any insects that aren’t tarantulas and eventually a tarantula should spawn. Apparently they spawn about once per minute. So you’re going to have to be patient, but if you have the nook miles to spare, I’d recommend just trying to find the tarantula island instead. 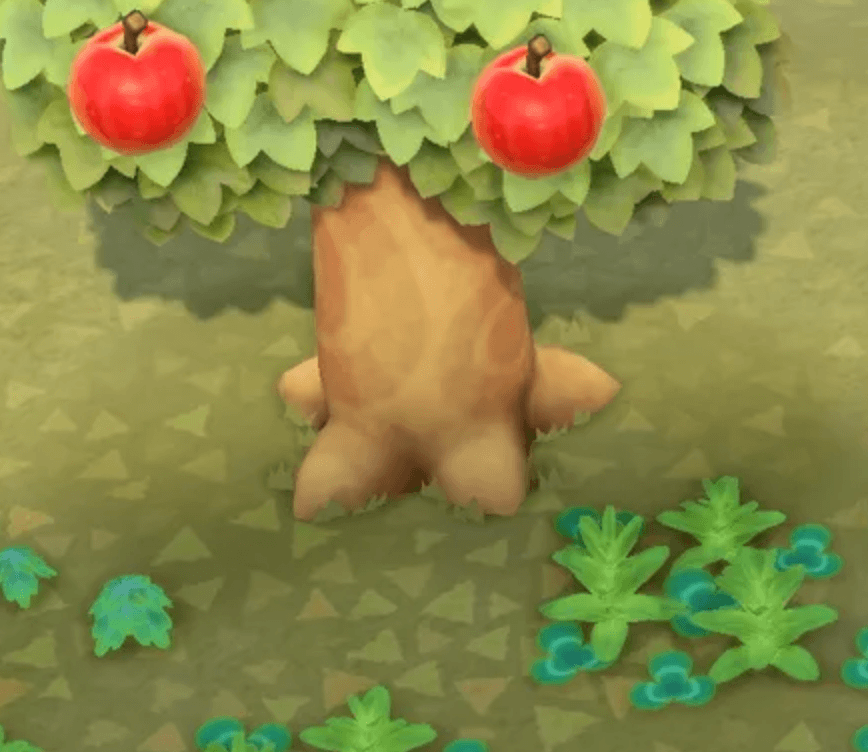 Some people simply can’t stand the sight of weeds on their beloved island, looking at you Aoife, but before you sell them in clumps, remember to craft them into leaf umbrellas. On their own, 15 weeds sell for 150 bells. Leaf umbrellas require 15 weeds to craft, but sell for 300 bells, getting you double the profit. The same goes for nets and fishing rods which go for way more than selling branches on their own.

14. Rearrange your Inventory to Perfection 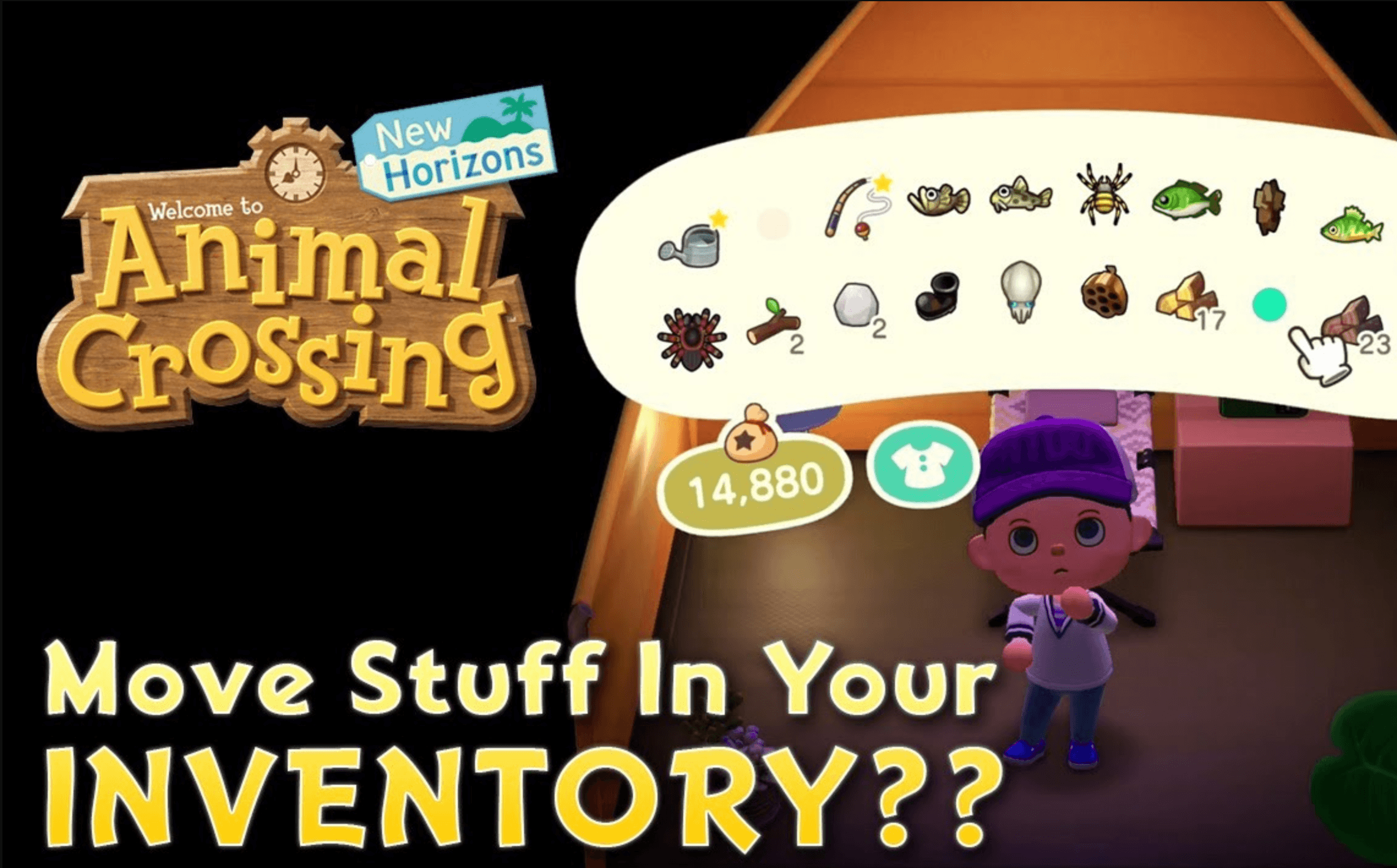 If you’re like me and simply despise untidy inventories, there’s an easy way to rearrange your own inventory and have it looking neat and tidy. Hover over the item you want to move or swap with another one and then hold A. The hand will grab the item and let you move it around so you can get your inventory exactly how you want it.

15. Get More Resources from Rocks 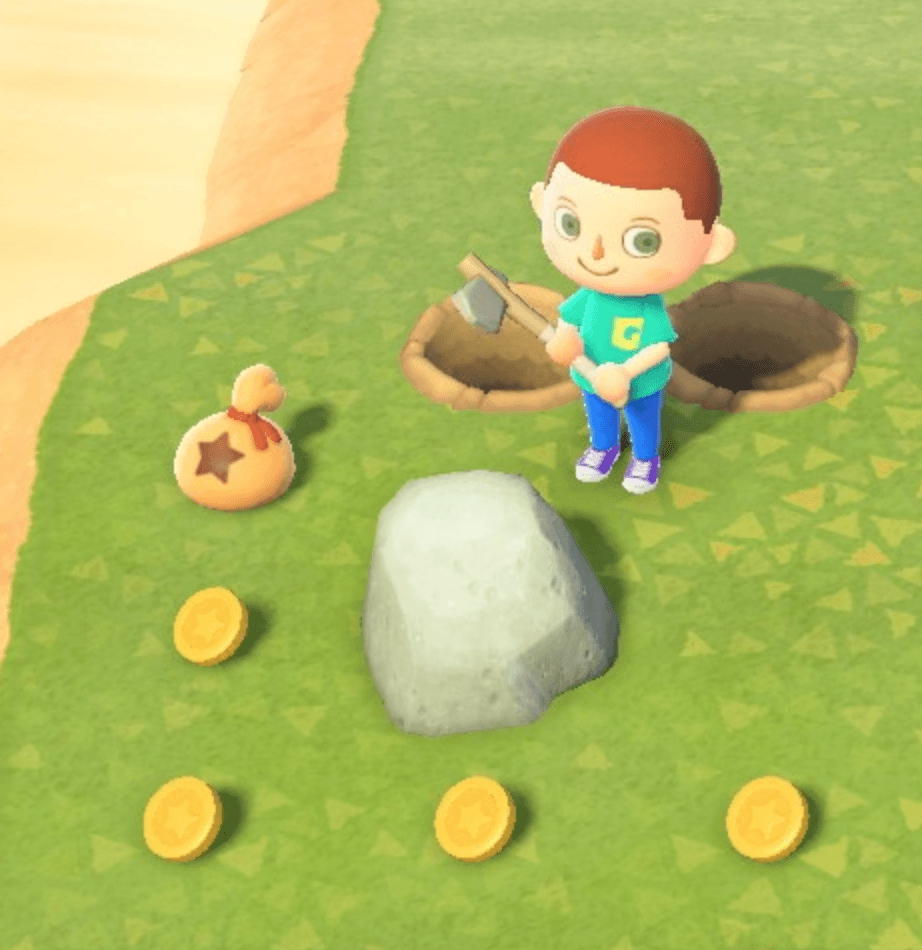 When you’re mining in Animal Crossing: New Horizons there’s a chance you’ll bounce back after hitting a rock and won’t be able to get any more resources after that. To prevent this, dig two holes behind you so you don’t stagger back as far, letting you get nine consecutive hits at the rock. That means a higher chance of iron nuggets, which is always handy in Animal Crossing.

16. Use Critterpedia to Track Donations 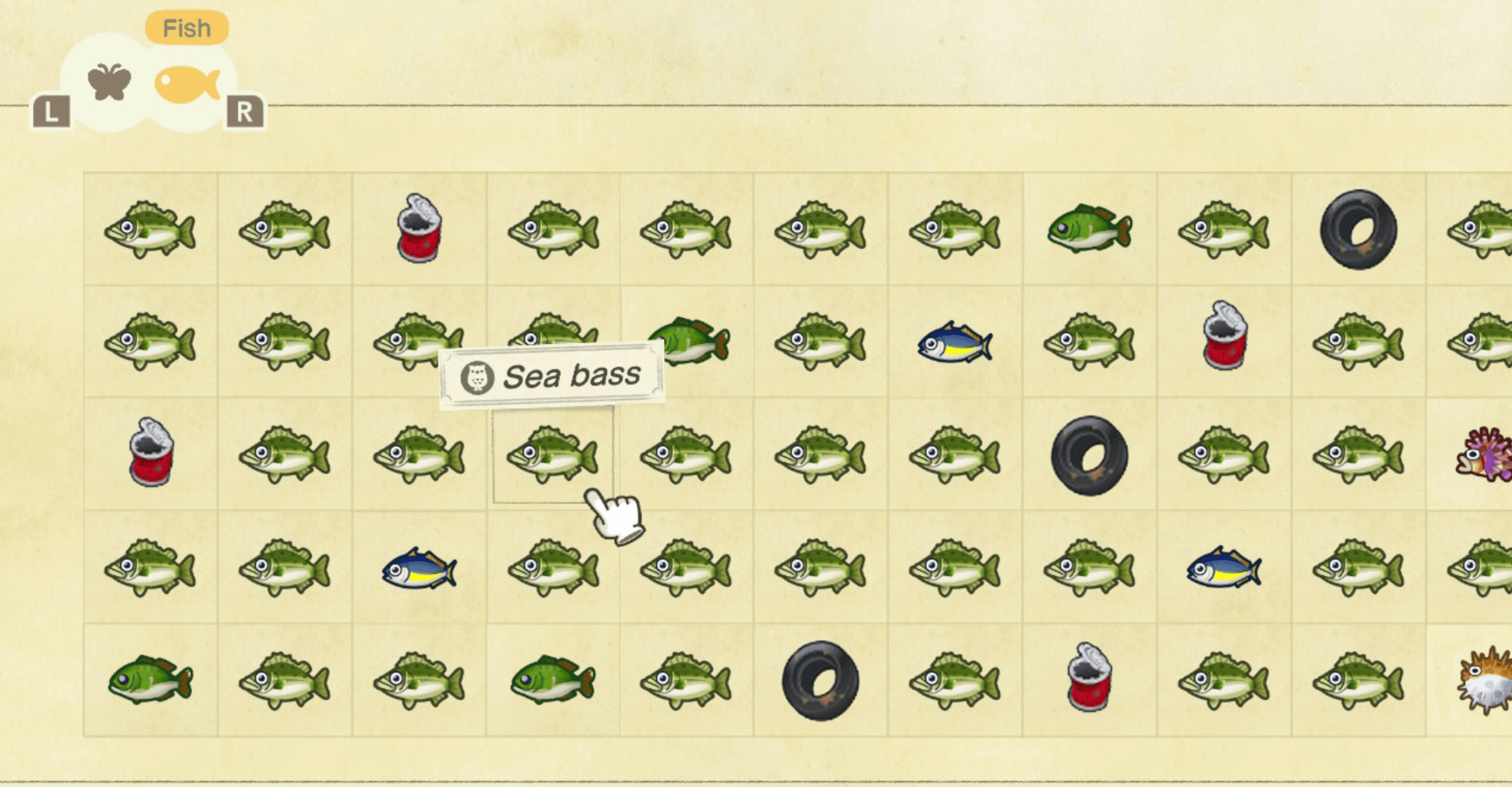 By now, you’ve probably donated a heap of bugs, fish and fossils to the lovely Blathers in his museum. Keeping track of all those generous donations is tricky, but helpfully Critterpedia does the work for you. Hover over items in your Critterpedia and if they have an owl icon next to them, it means you’ve already donated them to the owl. Meaning you can keep or sell any more you find. Don’t forget to go visit your specimens in the museum either, as it’s a simply beautiful place to pass a couple of idol minutes and seeing your donations frolic well, not so much the skeletons and fossils, in leaves or water is simply delightful.

17. Stack Boxes To Display Your Treasure 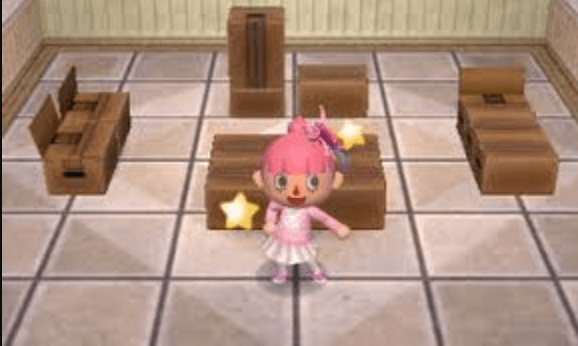 Some of you might want to keep all your treasured finds on display so you or your friends can gaze at them in admiration. But you don’t have to worry about running out of floor space for a while. Both fish and insect boxes stack with larger boxes going at the bottom, all the way up to small ones at the top. You can also stack medium sized boxes on top of each other. So now you can play a much safer version of Jenga with all of your wildlife finds.

Outside of your house you can place custom designed tiles on the floor, but I think it’s safe to say we’re all a bit cack-handed sometimes. But don’t worry if you end up putting the tile in the wrong place, instead of faffing around with the design interface, just press Y to kick dirt over them and get rid of the misplaced tiles.