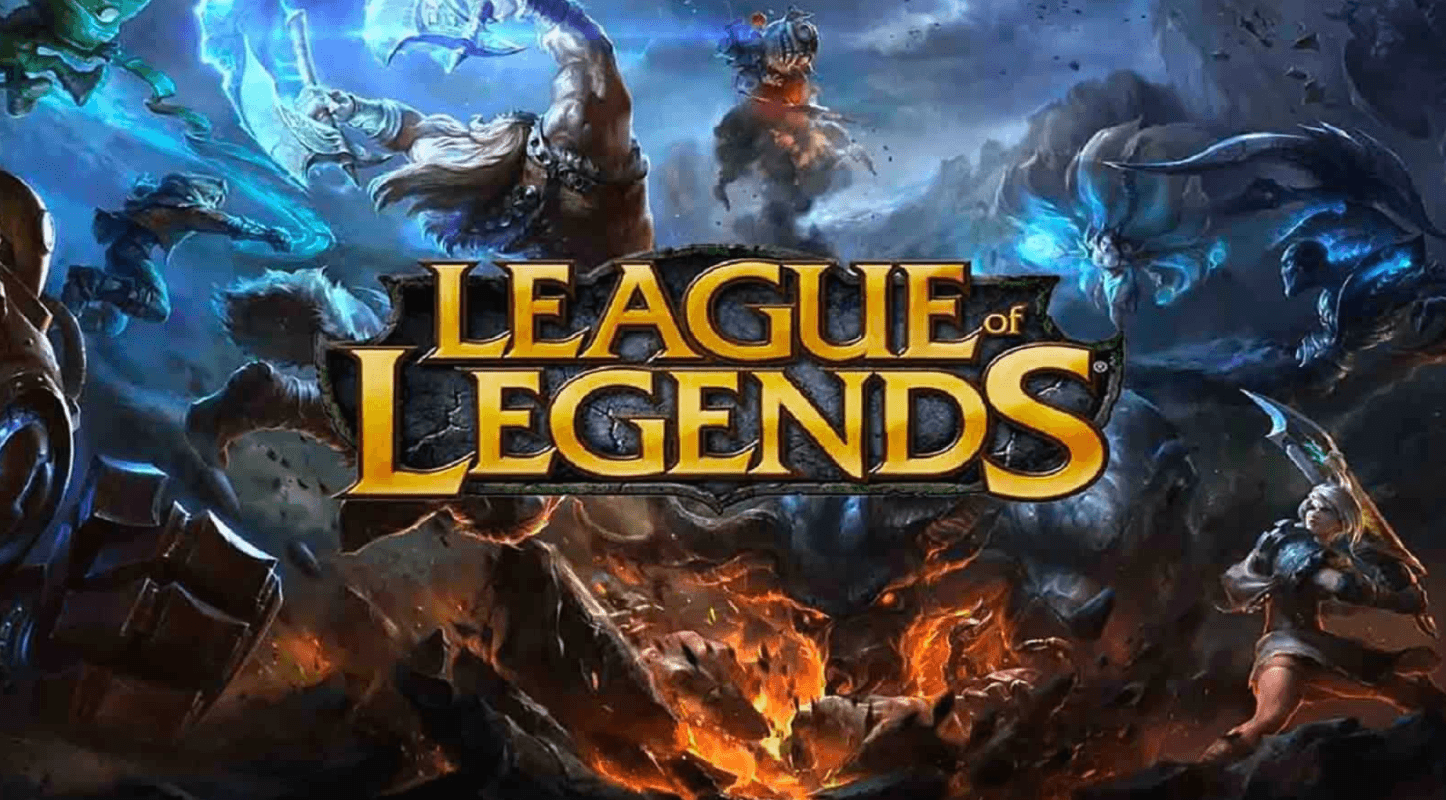 League of Legends by Riot Gaming is the most popular game in the world right now and has been one of the most played games since its inception in 2011. It’s competitive, complex, and allows you to explore gaming with friends and foe alike. I’ve been playing League of Legends on and off since 2011 (season 1) and peaked at diamond while playing for a semi-pro team for 6 months. Suffice to say, I know the importance of having the best computer for league of legends so that you can rule Summoner’s Rift.

One of the best things about League of Legends (LoL) is that it doesn’t really require a great computer. It’s really well optimized and you can always tweak the settings so that you get more performance. I even ran LoL on a macbook pro and would get 100 FPS. LoL runs fine on Macbooks, but they are a bit of an overkill and if you primarily just play LoL you can get a much cheaper option with better performance than Macbooks.

I believe the minimum to play LoL is about 40 FPS. At around 60 it gets pretty good and you don’t notice it too much more after that. However, there are slight advantages if you have higher FPS (90+ becomes indistinguishable after that) and you really only need that for pro-gaming – I got to diamond on 60 FPS.

Best Computers for League of Legends

Wow, oh wow. iBuyPower’s Element 9260 is a beautiful and powerful machine. Sure, there are better builds that you can get for gaming, but for League of Legends this is about the best you’ll want without wasting money. With this gaming PC you’ll be able to play League of Legends on very high graphic settings – in fact, you’ll be able to play most games (Pubg, Apex Legends, Minecraft, Grand Theft Auto, and Call of Duty: Blackops) on the highest available settings without lag or stutter.

This is because it has 16 GB ram which is upgradable, with a NVIDIA GeForce GTX 1660 Ti 6GB graphics card, with is extremely great. Honestly, this is a little overkill for League of Legends, but what’s nice is that you’ll be able to play other games with this build and will easily be able to play League of Legends for YEARS with this build, even as performance suffers since this build is such a beast. At 1080P you can expect to get 150+ FPS.

Of course, it comes with the standard USB ports (6) and ethernet port. It also has  7.1 audio channel and comes with both SSD  (240 GB) and 1T HDD. Safe to say  you’ll easily be able to access and store every file you could think of.

Visually, it’s stunning.  With a tempered  glass RGB case  this thing is seriously beautiful. This pre-built League of Legends PC also comes with a gaming mouse and keyboard.

It gets shipped to you ready to be used and play your favorite champion on right away. If there are issues you get free parts and labor for ONE ENTIRE YEAR and free lifetime tech support.

If you know anything about PC gaming you’re familiar with Razer. Razer’s Blade Stealth 13 is the best laptop for League of Legends. It comes at an excellent price point for a laptop which will excel with portability, in addition to running League of Legends and more CPU intensive games.

With 16 GB of ram, this gaming laptop is a beast. Additionally, it has an awesome graphics card – NVIDIA GeForce MX150 (25W). Combined, it’ll easily run League of Legends on 100+ FPS with the highest graphic settings.  It has a much better battery life than the previous version, as well as slimmer bezels, a dedicated GPU, and a better CPU.

With awesome construction, it’s definitely a top 13 inch laptop. Go for the 4K model for a nice. It’s reflective as well which is nice if you’re used to macbooks, as this is normal among them.

I personally have never had issues with the keyboard, but I know other users have. It’s a little smaller than other laptops of this size since the speakers take some real estate – with that in mind the shift button on the left-hand side can be small, so it takes some time getting used to it.

Now overall the performance is really solid… when plugged in. If it is unplugged it’ll still have decent performance, but it takes a hit. In addition if it’s unplugged and you’re gaming, the laptop WILL heat up. Get a laptop cooler to make sure you control the temperature and it doesn’t overheat – I’ve had my gaming laptops overheat and meld parts together when I didn’t know what I was doing.

The power supply is a little bit on the weaker end – for really intense games when the laptop is in high performance mode sometimes keeping it plugged in will still use battery power. This can be supplemented by upgrading to a  100w USB-C Adapter made by Wacom to solve this problem, but that’s another $75. However, you do not need to purchase it if you are only running League of Legends. This 13″ gaming laptop can easily handle League of Legends while still charging.

This is our top choice for a laptop for League of Legends. However, if you want to consider an upgrade check out the HP Open 17

This prebuilt gaming desktop isn’t quite as good as that by iBuyPower, but it’s more affordable still very solid. It’ll be able to run League of Legends with about 120+ FPS on the highest settings at 1080p, which is more than enough to play effectively – dodging skill shots, flashing Malphite’s ultimate, and orb-walking to perfection. It can run a lot of other games darn well such as apex legends, minecraft, pubg, and battle royale with its 8GB DDR4 2400 Gaming Memory and Nvidia GeForce GTX 1050 Ti 4GB Video Card.

It gets bonus points for making almost no noise while running at full steam – even with the cooling system on.

It has a great power supply at 500w and comes with 9 USB ports, HDMI port, ethernet port, and a set of gaming mouse and gaming keyboard. Parts and labor are free for one year with unlimited tech support.

The biggest con it to make sure you have the right ports (especially for your monitor). Double check the specs in the listing to make sure your monitor is compatible, or you may need to get an adapter. If you’re like me, there is no way you want to wait 2-3 days for your adapter to come in when your new bad-ass PC just arrived so you can one shot some Teemos.

There are a number of graphics settings you can choose from – character, HUD display, animation, background, and even shadow and they all range in the following 7 quality settings:

If you use any of the computers for League of Legends here, you can use medium high even on the cheapest laptop here with 60 FPS. If you got any of the gaming PCs you can use very high on all of the settings to maintain 60+ FPS (our top option will give you 100+ FPS even with the settings on very high).

That said, here is some advice if you need to maximize performance on an older or lower end gaming PC or laptop. Quick question: When you’re actually playing how much time do you really spend looking a the background for example? Probably not very often.

Additionally, there are SEVEN quality settings. Adjacent settings (medium low and medium, high and very high) don’t look that different. If you find it hard to go from a higher setting to a lower one don’t make that jump right away. Slowly decrease it one level at a time and you’ll barely notice while not hurting your game quality or ability to play.

Choosing the Best Settings for LoL

Most computers and laptops that are 1-2 years old that are decent (8 GB ram) will be able to run league well. Conservatively they can run at 60 FPS on medium graphics settings assuming you have a decent or good graphics card.

Additionally, you’ll want quick cast on if you’re experienced in LoL. NOT having quick cast has advantages if you’re new to the game – you’ll be able to actually see the ranges of your abilities. However, it does take an extra click if you are not using quick cast so it’s slower to cast. This can have disadvantages while in team fights or in skirmishes, but I was in diamond and didn’t have quick cast on. Again, if you’re new to the game ignore this part. You can get to a competitive level without quickcast.

I personally don’t like to have my client auto-connect to voice chat. League is known for having toxic players so I don’t want to automatically be connected to them.

Riot made League of Legends to be family friendly by having a language filter. Fuck that. It’s a competitive game where tempers rise – I like to turn that off so I know exactly what someone is saying when they talk sh**. However, I do recommend turning off all chat so you can’t read what the enemy team will say to you. It’s extremely easy to get tilted and having a strong mentality is the key to being a good, consistent league player.

Overall, I would recommend SkyTech for a Desktop but the Razer Blade Stealth is a great gaming laptop for League of Legends as well. Many people who come to this article are college students or soon to be, so getting a laptop can be ideal for those students as you are constantly taking your computer with you to different places.

Either way, no matter which option you pick from this list you’ll be in good hands on the field of justice – whether you’re stomping early game with Renekton, leading gank city with Twisted Fate, or waiting to scale as Aphelios to deliver that mad DPS in the bottom lane.