Best Price VS Performance SSD on the market?
0 Comments

The T-FORCE Cardea Zero Z330 is a fairly cheap 3ed gen PCIe m.2 SSD that comes in 4 different storge sizes, 512 GB, 1 TB, 2 TB, and 4 TB. Ranging from $55 USD for the low storage capacity to $480 for the high storage capacity this is one of the more affordable SSDs on the market. The SSD has a T-FORCE patented graphene copper foil cooling module which makes it ultra-thin while not having a tendency to heat up. This makes it useable in gaming laptop and low-high end gaming PCs. The T-FORCE CARDEA ZERO-Z330 M.2 SSD supports S.M.A.R.T. (Self-Monitoring, Analysis and Reporting Technology), TRIM command, LDPC ECC (Error-correcting code), E2E Data Protection, Global Wear Leveling, etc. They are able to improve data operation efficiency and security and prolong the service life of the solid-state drive. 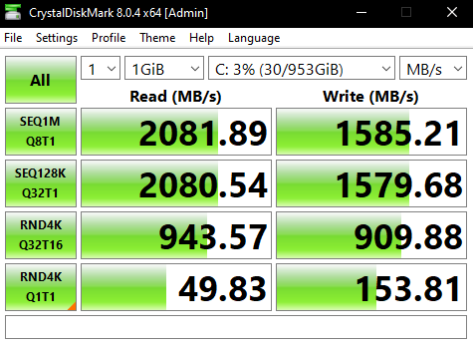 Overall, the benchmarks are very similar. The read speed is, to put it simply, the speed at which the SSD reads the information coming from the computer, and the write speed is the speed at which the SSD stores that information. The read speed for this SSD was around 2,100 MB/s which is the exact same compared to T-FORCE’s benchmarks. The write speed between the two benchmarks was around 1,650 MB/s. My benchmarks would have been slightly lower because I was running an OS on it, so it wouldn’t have benchmarked its full potential. 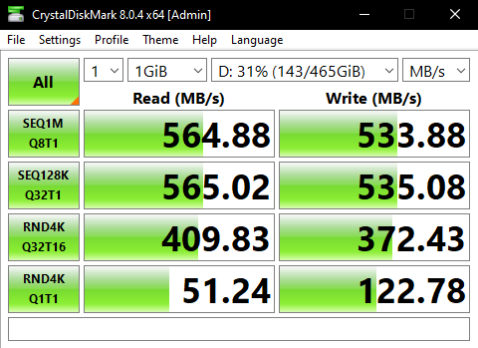 Huge thanks to TEAMGROUP for sending me this SSD to review!

OTHER TeamGroup/T-Force PRODUCTS ON AMAZON