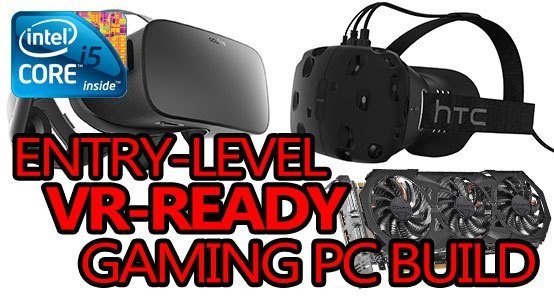 At just under $800, this is probably going to be the cheapest VR capable gaming PC build that you’ll be able to put together until the RX 480 releases, without sacrificing some performance that is.

Regardless of the VR unit you have, this build will work perfectly to ensure your virtual reality experience is what it should be. A GTX 970 is currently the cheapest graphics card that supports VR, and that’s what this build was based around.

That’s about all you’re going to need, seriously. If this is the first gaming computer you’ve ever built, it might seem like a daunting process that only an expert could complete, but you would be wrong. Building your own gaming PC couldn’t be easier, and there are a ton of concise guides out there that will walk you through the process.

If you’re still thinking that it’s a super-difficult process, just click (or tap) below, skim through the video, and then you’ll know for sure.

How to build your PC

Here are the basic steps that I follow when building:

Instead of me typing out a ton of of words to explain this process, why not watch this video put together by EasyPCbuilder.com? He does a great job of explaining everything in detail, and is going to get you running in 30 minutes.

Keep in mind that it’s not the exact same build, but the process is really similar. There’s really only 1 way to do things, and it’s pretty hard to mess anything up if you’re being careful.

Estimated
$0
At Amazon
Order This Build

This is just a quick build list to show you what a base-level VR build might look like with the hardware that we currently have access to. Once AMD drops the RX 480, and if it proves to be as good as they say it is, a VR capable build will become quite a bit cheaper than you see here. That said, this is currently the minimum spec build that you’ll need for VR, and quite possibly the cheapest.

For starters, to get the price below $800, I had to opt for a lower quality motherboard than I would have hoped for, but it’ll get the job done well enough. It has 2 rear USB 3.0 ports, and 2 USB 3.0 headers to power our cases front USB 3.0 ports, so we’ll have more than enough USB ports to power either the Oculus Rift or the HTC Vive. 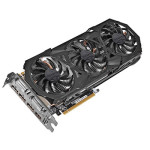 When it comes to graphics, the minimum requirement for VR is currently a GTX 970, so that’s basically the foundation of this build. Gigabyte’s G1 Gaming iteration of the 970 uses their proprietary WindForce cooling system that keeps the card cool while staying relatively silent. It has all of the display ports that you could hope for, including HDMI, so we’re pretty much set for VR. Outside of VR, the GTX 970 is a powerhouse and it’ll handle anything you can throw at it with relative ease.

When it comes to picking an operating system, we’re pretty limited in our choices. We have Linux-based choices that’ll work alright for the most part as a free solution, or we have Windows.

On one hand, a Linux-based OS can be a great and affordable solution when you’re on a tight budget, but on the other hand, Linux & VR aren’t entirely compatible together just yet..

So, we’re pretty much limited to a copy of Windows. Not only that, but if you want to take advantage of DirectX 12, then we’re even more limited to just Windows 10.

If you don’t already have things like a monitor, mouse, keyboard, and some kind of audio, you might want to take a look at some of my suggestions. They’re hand-picked to match this budget level, and they’re all great peripherals.

If you plan on using a WiFi connection, then you’re also going to need some kind of WiFi adapter as very few motherboards come with it built-in.

You have a couple of options, either a USB-based WiFi adapter, or one that mounts internally, but you only need one. USB is more convenient and much cheaper in most cases, but less reliable than an internally mounted unit.

All-in-all, this is a great entry-level VR ready build that’ll serve you well for a long time. Yep, the GTX 1070 has been released, but the 970 is cheaper and this build is all about putting together the cheapest VR capable PC possible, if you want to upgrade to a GTX 1070 that’s entirely your call.

This build meets all of the necessary requirements for VR, and it’s also capable of handling any non-VR game you can throw at it. The only thing left to do is pick it up and put it together!

Since I am relatively new to learning about computers i still dont know yet about most things, I tried to look it up but there was a whole lot of mumbo jumbo. So i was wondering if i were to get the PNY CS1311 240GB SSD, what would it replace in the build? Also this is going to sound a little dumb, but does the Inateck PCI-E to USB 3.0 Expansion Hub replace anything either? Im pretty sure it dosent but i just want to make sure!

This build hasn’t been updated in a loooong time, I’m really going to have to take a look at it to make sure it’s still relevant. In the meantime, you might want to look at my $800 build as its very similar only it includes an SSD.

But, to answer your questions, the PNY SSD wouldn’t technically replace anything, it would just add to the amount of storage you have and give you a better “primary boot drive”. The USB expansion hub wouldn’t replace anything either, it will just plug into your mobo and give you more USB ports to use.

Well, I guess I can get this, then! I’ve been wanting to get a VR-ready computer, but then I thought of waiting until VR is cheaper and more optimized. So I was going to get the $700 build. But this is only $60 more, and is just about everything I wanted!

Quick question: What would be the Nvidia Geforce equivalent of the graphics card on here? I’m also thinking of getting the Nvidia Shield tablet K1.

Alright, I now feel a bit stupid because this IS an Nvidia Geforce graphics card (at least, that’s what NewEgg says). The NewEgg description even SAYS it can connect to Nvidia Shield. *facepalms*

It’s no worries, Aaron! We all make mistakes from time to time 🙂

The graphics card used in this build is actually an Nvidia GTX 970 – the card is just manufactured by another company. With graphics cards, companies like AMD and Nvidia will generally produce a “GPU” and then a reference model of a graphics card using that GPU, then companies like MSI, Gigabyte & EVGA will take that and make it better in a “custom model” of the card – custom meaning it uses non-reference features, like an upgraded cooling profile for instance.

I hope that helps 🙂

Yes, that does help. Thanks!