The CybertronPC Borg-Q GM4213A is easily the most popular prefab gaming desktop on Amazon for around $500, and it deserves a review. With that in mind, I’m mostly going to tell you why you should avoid it, and how you could get yourself a better setup for the same price, or cheaper. 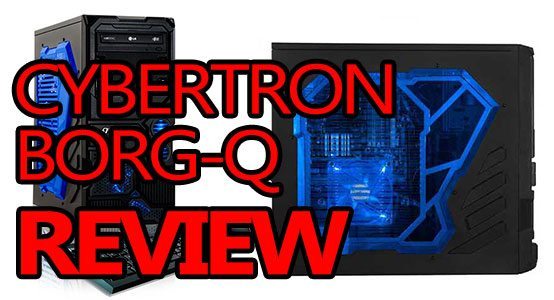 CybertronPC launched the Borg-Q gaming desktops back in 2013, and they are really starting to show their age. But, people still buy them like crazy, and I really don’t understand why. 30 seconds of research will tell you that you could easily build a gaming PC that is almost twice as good, for the same price if not cheaper.

The Borg-Q lacks performance in both the CPU and GPU departments but does boast 8GB of 1600mhz RAM, which is definitely a good thing, one would almost expect to see this desktop only have maybe 4gb.

When you boil everything down, you should be able to build the exact same PC for roughly $350-$400. For the full price of a $539 Borg-Q, you could very easily build a budget gaming PC that blows the Borg clean out of space.

I promise you, resistance is NOT futile, and resisting the powers of the Borg-Q is a good plan! Especially when it’s an underpowered Borg! Don’t be assimilated! All lame Star Trek jokes aside, let’s get down to our review of the CybertronPC Borg-Q gaming desktop! 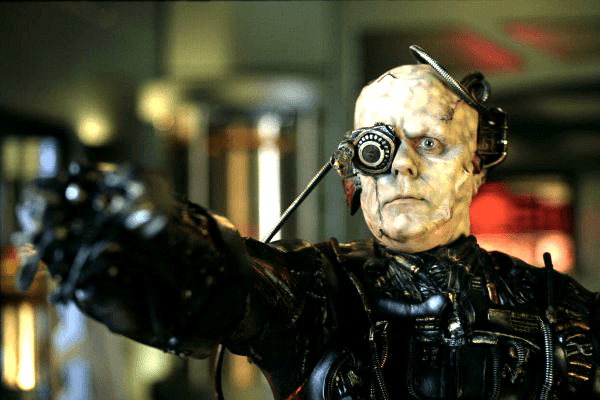 The Cybertron Borg-Q line of gaming desktops is not worth your time, or money. You could easily build something almost twice as powerful for the same price. Do not buy this PC!

There was a point in time when the Borg-Q was a really decent prefab gaming desktop, but that time has come and gone. The fact that it still sells on a regular basis blows my mind. We’re going to go over the good, the bad, and then compare the Borg-Q to our $500 gaming PC before concluding.

We’re going to be looking at price vs. performance during this review, and ultimately uncovering why you should avoid buying the Cybertron Borg-Q.

The Gigabyte motherboard that the Borg uses is honestly not that bad, I have no real issues there. It gives you some room to upgrade and isn’t just some generic p.o.s.

It also utilizes 8GB of alright RAM, it’s not the best, but it’s adequate for gaming. You don’t really need more than 8GB, but it should be faster than 1333MHz, which is what the Borg-Q is equipped with.

The sound card included is also alright, and will support up to 7.1 surround, and finally, the included DVD-RW drive is another bonus as are the case’s features, but that’s where the good stuff ends.

The AMD FX 4130 processor that the Borg-Qs come with isn’t actually all that bad, and it will work for a low budget gaming PC, but you would be better off with an FX 6300 which is pretty much the same price and performs a lot better in games.

The power supply is a generic 430W unit that gives me shivers just looking at. Your PSU is something that you never want to cheap out on, and that’s exactly what Cybertron did with the Borg-Q’s. If it goes, it could take your entire computer with it. 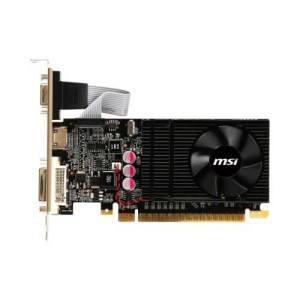 Cybertron decided to throw in a mouse & keyboard with this unit, and in my opinion, it was a waste of funds that could have gone elsewhere, like to a better graphics card. Neither are worth mentioning, and both will probably fail soon after setup.

The absolute worst part is the dated, and excessively weak Geforce GT610 1GB graphics card, and you will be disappointed by its lack of available VRAM and overall performance, especially if you’re looking to play newer games. You could easily do a lot better.

These points might not seem very crucial, but once you compare the Borg-Q to what you could build yourself as an alternative, you’ll understand why we see it this way.

So now we’re going to compare the Borg-Q GM4213A/B/C to our in-house $500 gaming PC build. The builds might look similar at first, but the components used are of much different calibres.

One of the following computers will give you a smooth gaming experience, and the other won’t, you can decide which is which.

As you can likely tell, there is a comparable difference between the two, primarily with our choice of CPU, speed of RAM, our more powerful graphics card, better power supply… You get the idea.

The one thing that the Borg-Q has on our $500 build is that a copy of Windows come preinstalled, and you get a pretty bad mouse + keyboard combo. So once you’ve picked up a $90 copy of Windows, you could say our build costs $579, or $40 more than the Borg-Q, for a gaming PC that is almost twice as good. 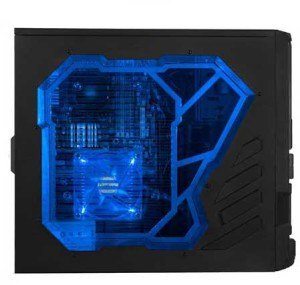 Although the CybertronPC Borg-Q was once a semi-decent budget gaming PC, it’s now fallen behind and no longer delivers what it is advertised to. You could easily build yourself a gaming PC that destroys the Borg-Q, for pretty much the same price.

If you were considering buying it before you found this review, I hope we’ve been able to convince you otherwise because it’s really not worth your money. You could do a lot better, with ease.

At the end of the day, very few prefab gaming computers deliver on their promises and hype, the Cybertron Borg-Q used to come close, but not in 2015.

Avoid It
Tap Here
To Get Yours!
0 0 votes
Article Rating

Bought this back in 2015 mainly changed the ram and graphics card, in the recent few years the dated feel has become increasingly noticeable. For the time back in 2015 to 2017 this prebuilt was appealing, but now I’m looking to get an upgrade.

The case is ok if you pull everything out of it.

So my parents bought this PC for me a few years ago for Christmas. In around 2017 or 2016 and it is now 2019…This PC model is 6 years old, I was NOT prepared for that. I am considering selling it for around 650 as I have made a few upgrades. I now have 24GB of DDR3 ram, a Corsair K50 RGB, and Razer Naga Trinity, also including my Corsair HS60. All in all, that adds up to about 690 or 700 dollars worth of items, not including the RAM modules. So, is this a recommended price? Should I go higher or lower? I need some advice

I unfortunately bought this cpu and at the moment not looking to buy another one i try playing fortnite on this and it sucks any ideas on how i can make the performance & graphics better???

Assuming you have your settings as low as possible and your resolution turned down, there’s not much you can do to make this particular desktop perform better in Fortnite without upgrading parts of it.

I bought this pc stock… over the course of 2 years I have replaced everything except the case PSU and HDD so far no further issues after that!

I sadly have bought one. and i’ve upgraded the graphics card from the original 1GB to a 2GB. Are there any parts that could be upgraded at all? I don’t have the money to get a completely new build. Just looking to upgrade for the time being. Any suggestions?

You’re really limited in terms of upgrades go with the Borg-Q, unfortunately. The best upgrade you could make would be the graphics card to something like an RX 470 or a GTX 1050 Ti. Otherwise, you’re really better off saving up until you can go to a whole new setup.

I bought one of these computers about 3 years ago and after it setting in my closet for 2 years I broke it out pulled everything out of it and the only thing that I use is the case I have a ASRock b450m motherboard ryzen 3 2200g processor Corsair vs650 PSU rx580 GPU and a wd black ssd m.2 nvme 500gb. So I love my Borg now. Lol

I’d just add the RX 470, forget the FX 6300, and slowly save up until you can build something that’s not using a 5-year old line of CPUs 🙂 But yes, that would allow you to max out CS:GO and run Gmod well.