Gaming Desktop vs Laptop – What’s the best for gaming?
4 Comments

Technology has come a long way where you can game on just about any device. As a matter of fact, laptops now have the capability to run process heavy games and tasks all together. So now, between a gaming PC vs laptop, which is better?

How far have laptops come?

Lots of people have argued that you can only play games on a gaming PC and laptops are really only for word processing tasks. But alot of hardware tech companies have recognized the need for better laptops with similar hardware specs as a PC, and have recognized the issue of mobility. Mobility is the biggest difference between a laptop and a desktop. We will cover how mobility can affect your decision between the two systems later on in the article.

Companies like HP, Acer, and MSI have released many budget-friendly to high end gaming laptops that are capable of playing of a wide range of games. High end gaming laptops have the capability to achieving 1080p gaming, but some may allow you to play with 4K, given you toggle some game settings.

What aspects should I look at between a gaming laptop and a gaming PC?

Other than mobility, there are other differences between a gaming laptop and a gaming PC. These aspects can range from hardware components, and how well you can afford either system.

Both systems have different pros and cons, there's no "one size fits all" solution. But who knows, with the rate of how modern technology is growing, there could be a solution in the near future.

Now that that's said, let's get started by comparing the different aspects of a gaming laptop and a desktop PC.

This is the biggest difference between the two systems. As I mentioned previously, many tech hardware companies have recognized this issue and released products to solve this difference. Laptops are getting major changes and if you pair it with the rate of how technology is growing, hardware components to make a PC are growing smaller! With gaming PCs, it's difficult to lug around large hardware that is very fragile. You wouldn't want to carry around a mouse, tower, keyboard, and monitor everywhere, right?

So with this category, consider the lifestyle you live. Gaming laptops are perfect if you have an on-the-go lifestyle, where as a gaming desktop are for those who don't frequently leave the house. 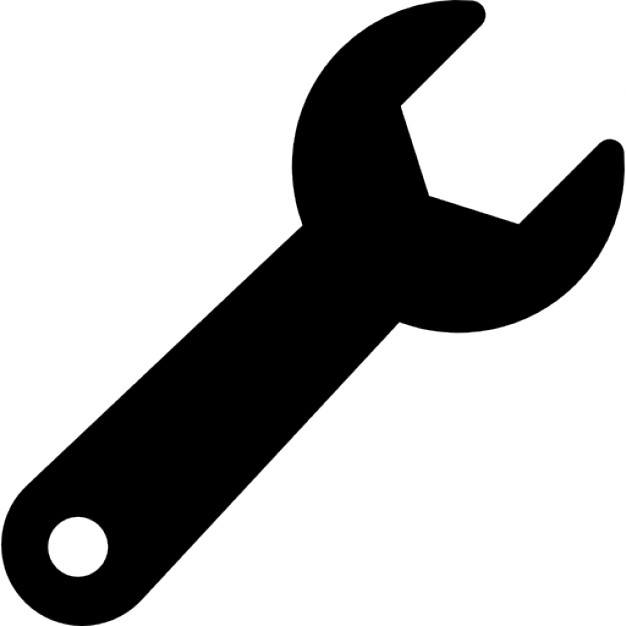 As mentioned before, hardware components that makeup both a laptop and a PC differ between each other. This is due to the size and capabilities of mainly the CPU and GPU of both systems. With a gaming laptop, it's difficult to replace parts as they are heavily integrated into the system. Even though these tech hardware companies have tried to integrate powerful processors in their laptops, it can't compare with the performance of a desktop overall. There are, however, ways to get a better gaming performance on a laptop than what you initially open up the laptop too.

Although both systems are made up of the same components to have it capable to run tasks, the capability to upgrade is harder to do on a laptop than a PC. This is due to how compact a gaming laptop is, and parts are extremely small, and one mishandling can cost you hundreds to maybe even thousands of dollars in repair.

Again, with these compact gaming laptops thermal components can also become a hardware issue if not taken care of properly. Playing League of Legends on a laptop, requires more thermal energy to keep everything under stable temperature due to the compact graphics card. These games can have hardware components that reach up to 80 ° C - 90 ° C! So laptops can run significantly hotter than a desktop if it's on for a long time. With a gaming PC, you can install different cooling systems, whether it be fans or liquids, to keep these components under regular temperatures.

Overall, CPU and GPU processors will always be more powerful on a desktop PC than a gaming laptop. A gaming PC will always have space to swap out and upgrade to newer components to it. The space allows components like graphic cards to breathe better, and therefore optimize for the best performance overall. This is something high end gaming laptops can have difficulty of truly achieving. 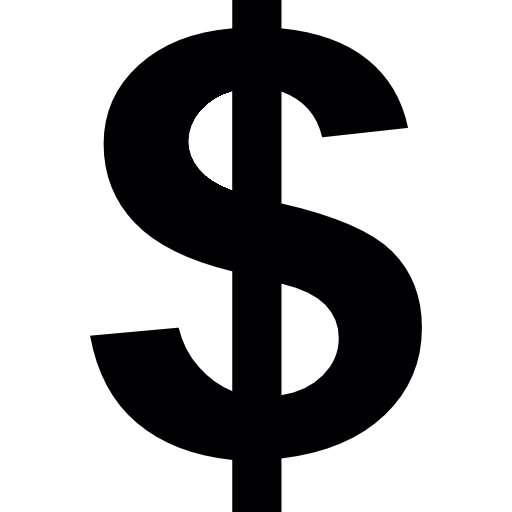 Cost is the last aspect to look at when you're choosing between a gaming laptop and a gaming desktop. Cost can differ drastically between the two systems. Again, there is no such thing as an all-in-one solution. Base it on what your personal requirements are so you can narrow down the budget and see which works best for you!

One thing to keep in mind about looking to purchase, is that gaming laptops tend to be more expensive due to the convenience of having a powerful system on-the-go. One of the most powerful gaming laptops on the market is the HP Omen Gaming Laptop, this high-end, laptop gaming device is perfect for handling triple AAA games, but if you look at the cost it's about twice the price of a gaming PC with the same specs. There are also gaming laptops under $500 if you have a budget, if you're not particular about playing much larger gaming titles.

Gaming desktops can also vary in price range as well! But a desktop PC will give you a better deal in not only only just price but performance. If you need a budget friendly PC, then they can go as cheap as  $400 USD for a set-up or you can ball out on the best specs with 4K gaming by spending up to $2500 USD for a set-up.

Portability comes at a cost. Gaming desktops provide the best performance for the best money deal. But again, this will essentially boil down to personal requirements of how these systems can fit your lifestyle needs.

Which system is better?

At the end of the day, whether you're choosing between a gaming laptop or gaming PC, it will all come down to personal preferences. These systems were built to fit a variety of needs for people's lifestyles, that's why there are so many options available in the market.

Modern gaming laptops can perform up to par with their desktop counterparts. Technology has grown more accustomed to using more compact systems which in turn can give you the capability to be mobile anywhere and everywhere. A gaming laptop can offer you a lot of conveniences as you can work on other activities that are not as performance intensive.

As mentioned before, hardware can be a major issue as a common problem with a laptop is the battery. Battery life issues are due to how compact these systems are. Especially with activities like gaming, more power is being used so battery issues come around faster. Then with the difficulty of upgrading individual parts, it can be difficult to keep up with the pace of how hardware is evolving.

Gaming laptops have the convenience, but you're certainly paying a price for it.

A gaming PC rig is capable of reaching so many heights. With the ease of upgrading hardware, you're ensured that you will consistently get the best performance at all times. The ability to customize your PC is an option as well, as more and more people are discovering the unique RGB lighting and case wraps available, adding your own personal touch to the set-up has never been easier.

But with having a PC, you do have some cons as one of the issues is mobility. It's difficult to carry multiple parts with you at all times, and it just isn't safe to do so. With futureproofing, users may find the need to consistently upgrade their parts if they start with a basic rig. This can be curved if you buy an expensive set-up, but after a few years, you may need to upgrade.

The ultimate choice between these two inevitably boils down to your personal needs. If you need the power and the performance, a desktop will be better for you. If you are on-the-go, you have the convenience of using a laptop that can game and do other everyday work. Both of these systems have huge advantages over the other, but at least you know HOW to consider both options!

Do desktops last longer than laptops?

Desktops last longer than laptops because you have the ability to upgrade individual PC components and have a better cooling system than laptops. Laptops also tend to wear down easily since you are able to take it anywhere.

What are the advantages of laptop over desktop?

The main advantage of having a laptop is the fact that you can take the device anywhere you go, where as desktops lack the mobility. The laptop is capable of handling a variety of tasks from any access to proper connection. Laptops also have better battery usage as you don't need to keep this device plugged in compared to desktops. With built-in features like a built-in speaker, a microphone and a video camera, you don't need any external devices attached to it.

Why are laptops cheaper than desktops?

What is disadvantage of laptop?

What are the disadvantages of a desktop computer?

The disadvantages of a desktop computer is having to buy and upgrade individual components over time. Also with individual components, you will also need to buy external parts like webcams, speakers, and monitors. A desktop PC is also immobile for the most part due to these PC components being larger and fragile. You also would also need a wired connection point which is needed to gain access to the internet.

How long should a desktop computer last?

Can a laptop replace a desktop?

Laptops can replace desktops for light administrative tasks and browsing sessions. But once activities get more CPU intensive, overheating can become an issue.

Are gaming laptops worth it?

Gaming laptops are worth it because nowadays, you can upgrade some of its components. Performance overall has improved where most gaming laptops equate to a mid-tier PC setup.

Gaming laptops can last a very long time, but it's best to replace laptops after a few years of using and this is due to hardware becoming obsolete.

Gaming laptops can overheat and this depends on how graphic intensive your game is. This is due to gaming laptops having an integrated graphics card without a proper fan cooling system.

Gaming laptops can break easily because laptops have smaller, integrated parts that can experience wear-and-tear with CPU intensive tasks.

I really appreciate the way you share the difference in detail!! Many people got confused between these two for gaming! This is really helpful for all game lovers! Keep sharing useful stuff like this! MBProKeys

Thanks for sharing. gaming laptop

whats the case in the picture?

In the pic at the top, that’s a Corsair Carbide Spec 01. Or, the bottom case is one from iBuyPower.