One of the biggest complaints that has remained consistent since the launch of Fallout 4 is how the dialogue system functions, or doesn’t. The vanilla Fallout 4 dialogue system only gives us a brief Yes/No/Maybe/Sarcastic outline and generally doesn’t go much deeper than that. To some, myself included, this was pretty annoying and made dialogue decisions harder than they had to be, and a broke the immersion just a little bit.

We might still have a couple of months to wait for the official modding tools (G.E.C.K) but that doesn’t mean modders haven’t already been hard at work fixing Fallout 4’s smaller quirks. In fact, this is exactly the case and there are already a whole bunch of mods for Fallout 4 that drastically improve how the game looks and plays, hence this post! (and many more to come!)

The mod we’re going to be talking about today directly addresses the issue of Fallout 4’s weird conversation system, not the broken camera, but how your options appear (paraphrased). You, me, and almost anyone else who has played Fallout 4 for any length of time has definitely run into the issue of not knowing exactly what a dialogue option is going to do, but Ciro’s Full Dialogue Interface mod aims to fix that. 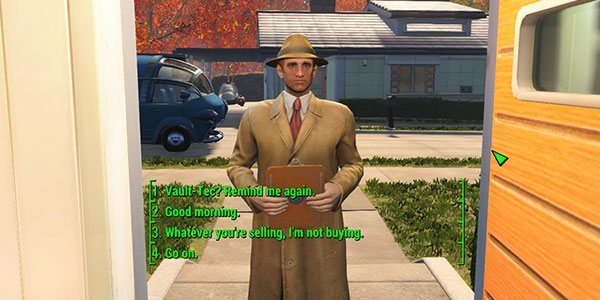 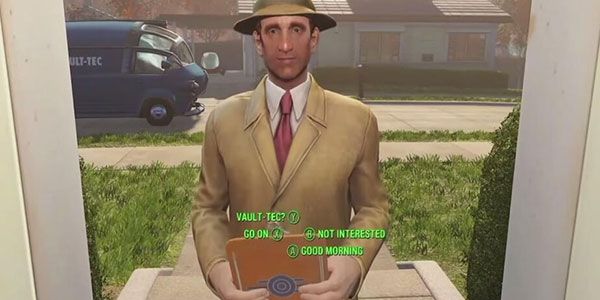 Instead of the typical system that Fallout 4 employs, Ciro’s mod gives us the full-length text of what your character’s going to say with any given dialogue choice. It’s definitely a welcome improvement, and it might just make your time in the Commonwealth that much more enjoyable. There’s even a NMM installer for this mod, so it’s super easy to get working, but, you will still have to make the appropriate edits to your Fallout4.ini file.

All-in-all, Fallout 4 is a game that will be improved 100x over by the hard work of extremely talented modders like Ciro, I just can’t wait to see what gets made with the official modding tools! If you haven’t already, you should head over to Nexus mods when you get a chance, and check out that Fallout 4 section! New mods are added daily, and some of them are definitely worth checking out!