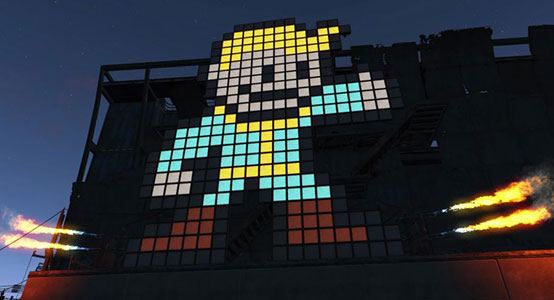 Bethesda has remained pretty tight-lipped when it comes to how demanding of a game Fallout 4 is going to be, and with it releasing in roughly a month they’ve finally released the system requirements and answered a whole bunch of questions in this release – and it’s good news for everyone! Also, don’t miss out on our Fallout 4 ready gaming pc build for $800!

Unlike the recently released Star Wars: Battlefront system requirements, Fallout 4 is going to be a pretty light-weight game, recommending only 8GB of RAM and a GTX 780 – I’m sure their recommendation of an i7 4790 is just a little overkill. In any event, we should all have a pretty easy time running Fallout 4, especially if you’re running one of our custom PC builds!

Bethesda also answered questions regarding whether or not Fallout 4 will support Steam Achievements (yes) and if it’s going to support controllers on PC (again, yes). They also talked a little about modding support, and how they’re going to release the Creation Kit early next year. One of the biggest things that I had to sink my teeth into from this release was the complete perk poster, which up until now we were only able to see short clips of it in the S.P.E.C.I.A.L stat videos.

Hey there! I'm Branton, the founder and lead editor here at PC Game Haven. Since our launch in 2015, we've helped thousands upon thousands of gamers build their dream desktops, find the perfect peripherals, and more. Thanks for stopping by!