World of Warcraft, also known as WOW, is one of the most popular games in the world and has been since 2004. It’s infamous for people getting INSANELY addicted, with some people even dying after playing for 3 days straight.

However, even if you love the game maybe you need a little break. Or, you just love the genre and played it too much so you’re looking for another MMORPG. Here are the best games like World of Warcraft. 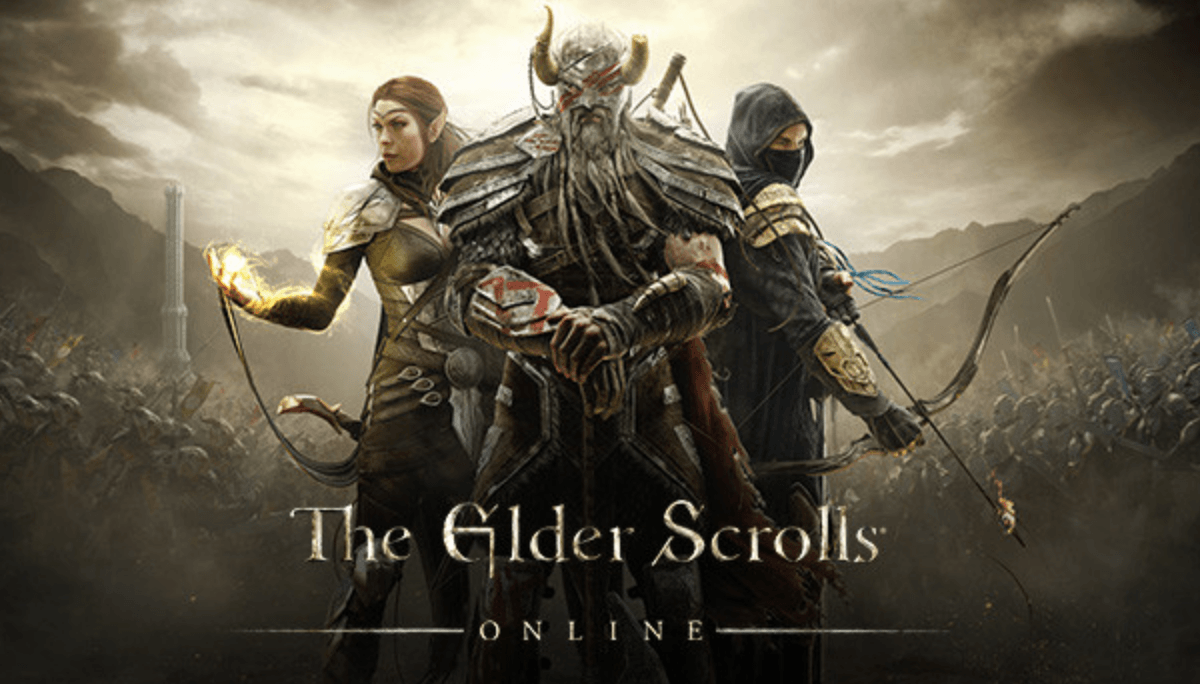 The Eldar Scrolls games were originally a series of open-world fantasy RPGs. Known for being able to play a variety of classes like Bretons, Orcs, Elves,  and Men, the Eldar Scrolls games allowed you to do pretty much whatever you wanted. From going through the main quest line, to taking a number of side quests, to just exploring the beautiful world you’ll kick some butt while wielding some weapons and spells.

Zenimax Online Studios brought the game online and converted it to an MMORPG and boasts a 9/10 average from almost 60,000 reviews on steam and 13 million players.

Some consider this the great MMORPG with features that others only wish they had:

Seriously, it’s an awesome game and you can start playing for only 19.99. Sometimes they have free 7 day trials though so that could be a great way to explore the game. It probably should have made it on our list of the best video games or at least the best pc games list.

You can start playing by clicking here.

Like our #1 choice, Guild Wars 2 is another game considered to be one of the best MMORPGs. There is a TON of world exploration with an optional story line that you can choose to play or not alongside the many, many quest lines.

The community and graphics are known to be among the strengths, in addition to the gameplay mechanics. With awesome development support, Guild Wars is constantly improving and reducing bugs, even if 2019 wasn’t its best year as far as new content goes.

It also has an awesome event system where you defend farms, escort people, and prevent centaur attacks. Many other former WoW players like this game – for example:

There’s a lot to say about this game, but it’s probably easier if you watch a video: 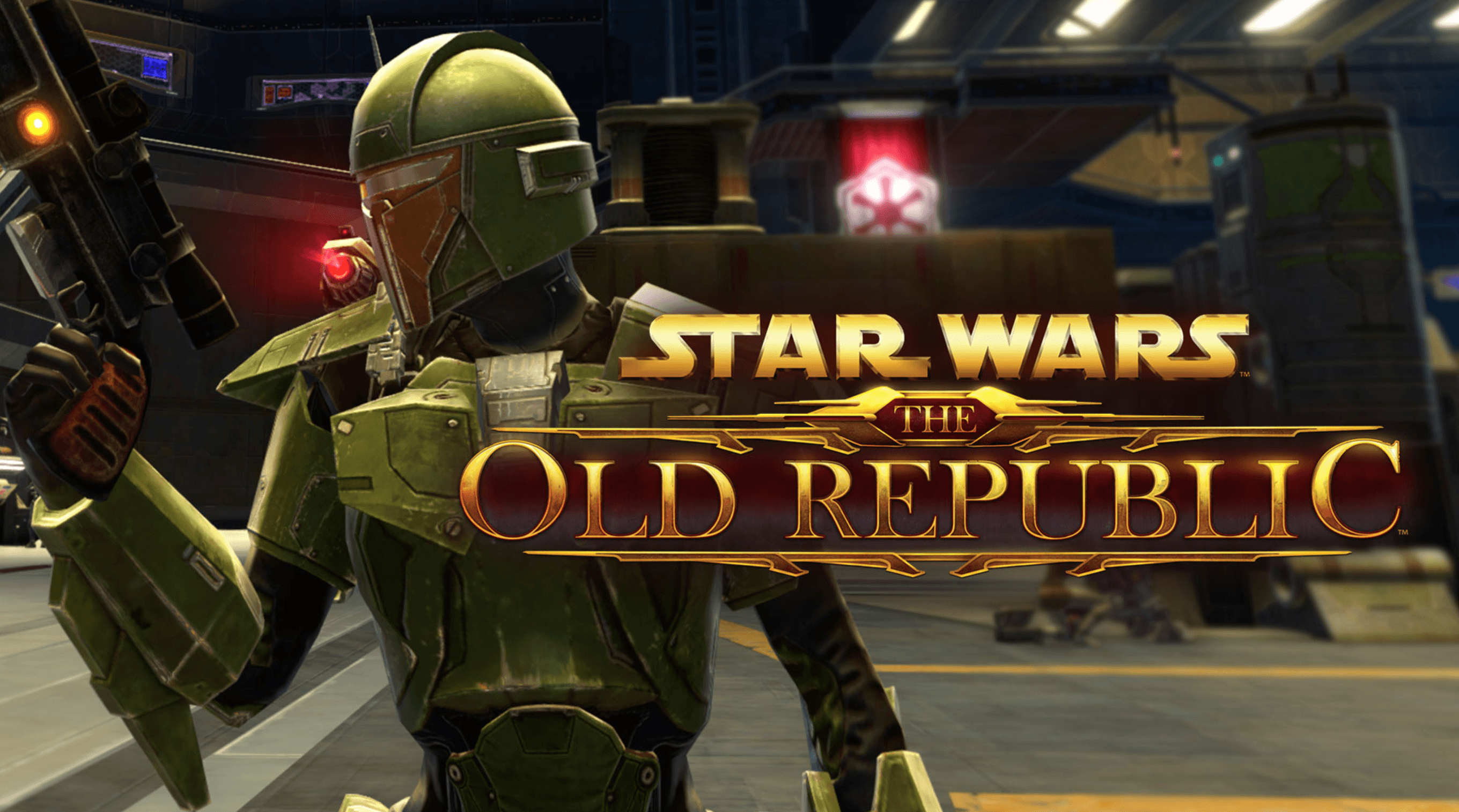 Star Wars: The Old Republic, AKA SWTOR, is an MMORPG based on the Star Wars Universe. It’s based on the re-emergence of the Jedi and the Sith like the last star wars movie with Rey never happened – though to be fair to both parties there’s about a 7-year difference in releases. It’s so good even books and comics have been released from the game’s storyline.

Originally it was launched as a paid subscription, but now there is a lot of free content that you can sink your teeth into. If you’re a star wars fan this is a MUST PLAY game. You don’t even have to be a Jedi – you can choose to mostly wield ranged weapons instead of lightsabers and the force.

Additionally, it’s not a game that REQUIRES teamwork. You can play fine solo if you choose, but of course, there are a variety of features and quests around playing with the 100,000 daily active users. 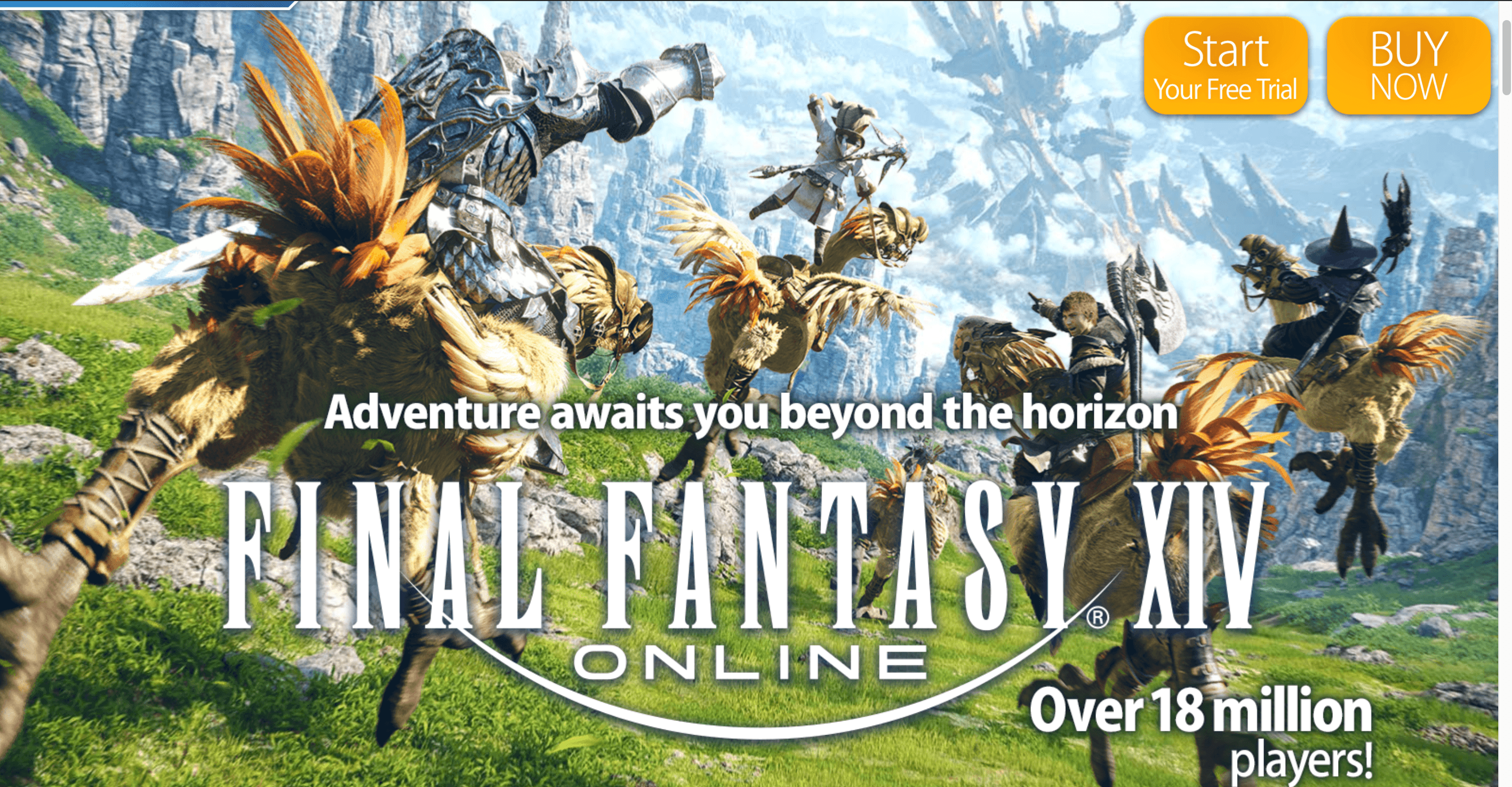 One of the games where the developers have truly done an exceptional job, Final Fantasy 9 delivers an outstanding PVE and PVP experience. Each element of the game is well crafted to stick out and motivate players to actually participate – from crafting to fighting to engaging with the awesome 18 million member community.

The biggest con is the cost – it’s $12.99/month which isn’t a bank breaker by any means, but who LIKES paying recurring costs? True to the original games, this MMORPG has a fantastic soundtrack that will have you listening to it even hours after playing.

Many relationships (both platonic and romantic) have been made and cultivated raiding and simply playing the game. It’s a breathtaking game that deserves consideration. 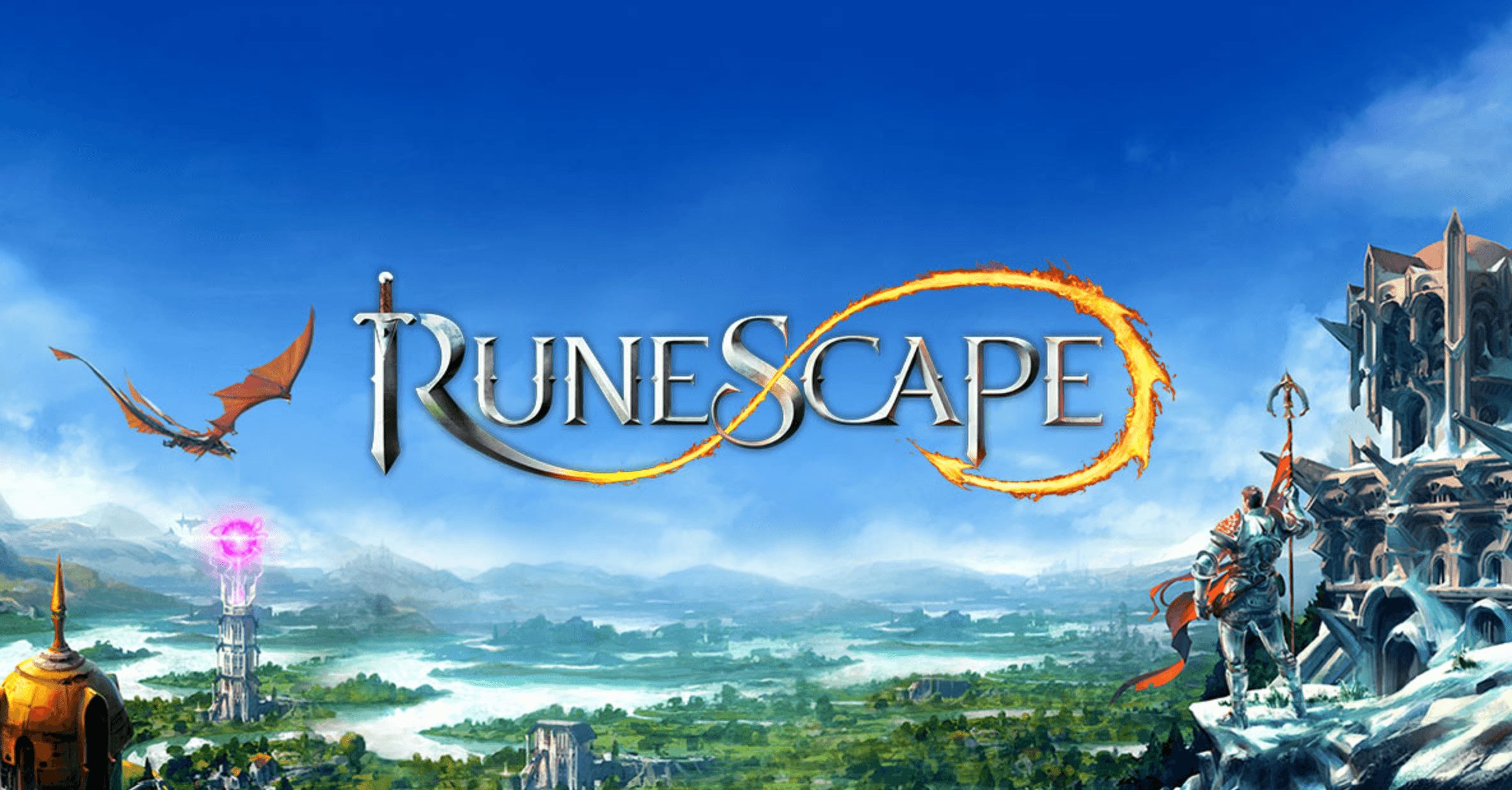 Another game dear to my heart, Runescape is the game that I played in ELEMENTARY School – 20 years ago. My original name was bob123321 until the account got hacked because I was so dumb. I started a new character after that but had trouble getting into it. I missed the ability to smith and mine my rune ores.

Like many other games here it’s completely free to play, though there are definitely aesthetic and content perks if you pay and are a “member”. Unlike other games where you don’t have to download anything – the original is played in-browser which is kind of fricking awesome and has about 30,000 daily active users with many people who have been playing for years due to the nostalgia. You can tell it’s an older game though.

Runescape 3 is downloadable with about 20,000 daily active users, though it’s definitely worth the much-improved graphics and gameplay.

The community is known to be more friendly than that of other MMORPGs. Best of all, it’s a completely free game that you don’t need to pay to pin.

Path of Exile (POE) is another awesome RPG where you raid dungeons, level up your character, customize your looks, improve skills, and wear some awesome armor. Admittedly it might be closer to Diablo 3 than WoW, but there are certainly similarities.

I never got too far into the game. I played a little when I was in college with my roommates who played a lot. It’s not as popular as some of these other games, but it still has around 24,000 people playing daily.

There a number of microtransactions with the game to buy anything from skill visuals to character skins to weapon skins to keep your character looking super sharp.

Number 2 is coming this year though, so get a head-start during this quarantine to start and dominate the new world. 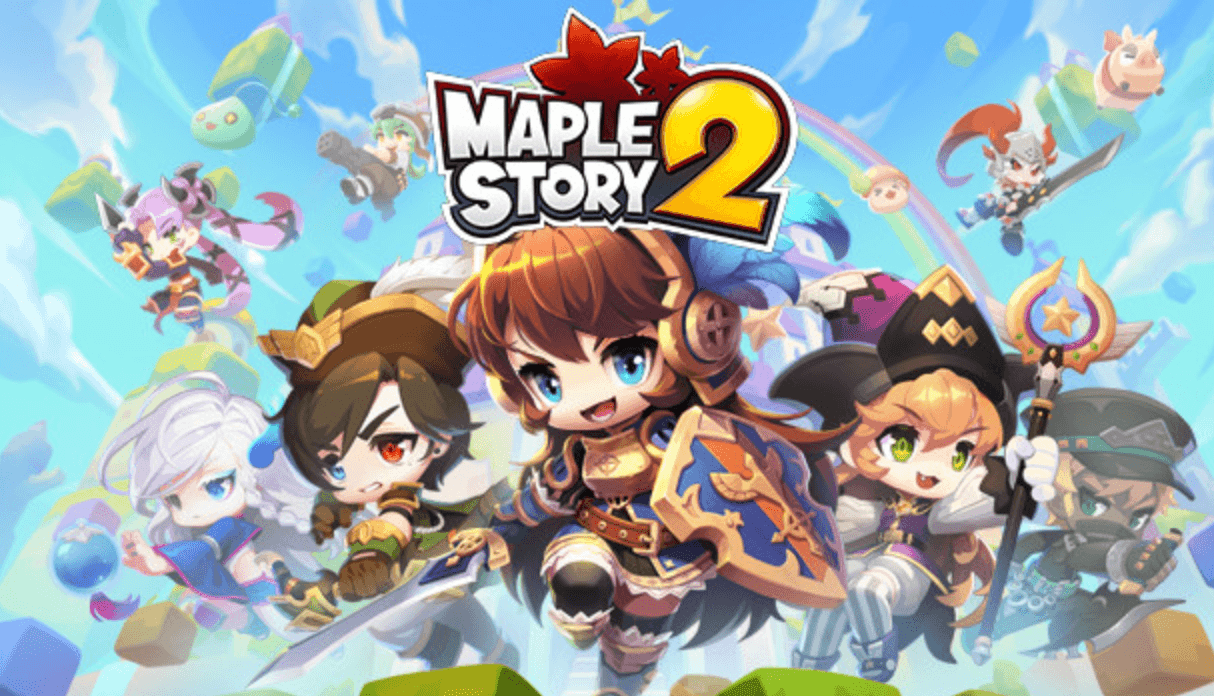 Maplestory by Nexon will always have a special place in my heart from playing it in when I was in middle school – about 15 years ago. I legitimately got to level 40… then the grind got a little boring and started hacking.

Yeah, I was one of those guys vaccum hacking monsters in a corner to easily kill them and rapidly level up. Fortunately, I was able to make some coin off the game by selling characters and in-game items and currency.

Maplestory 2 is an improved version of Maplestory. I think there is a little more of a learning curve as I was confused for the first few hours of the game. Granted, I didn’t really read any of the text so maybe that would be helpful. It remains faithful to its anime-esque animations and short, childish characters.

However, Maplestory 2 is much less grind-centric so you can more easily level up and enjoy other aspects of the game. Admittedly, I didn’t get too deep in Maplestory 2 and its declining user base. However, if you’re in your teens (unlike me who is closer to 30 than 20) then it could be appealing to you.

Shortly after I publishing I learned that North American servers would be shutting down in late May, so unless you want to really play on Korean servers with 300 ping, I suggest picking anything else on this list. We’re soon going to replace Maplestory 2 with Ark or a similar game on this list.

What is the closest game to World of Warcraft?

The closest game to World of Warcraft is Eldar Scrolls: Online, which puts you in an MMORPG fantasy world. Like in Wow,  in Eldar Scrolls, you can engage in a number of activities from PVP fighting, to PVE fighting, to forging, to exploration.

What should I play instead of WoW?

There a number of games to play instead of WoW. The 3 most popular MMORPGs that WOW players like are Eldar Scrolls Online, Guild Wars 2, and Star Wars the Old Republic. All of them are amazing MMORPgs with great communities and developer support.

MMOs worth playing in 2022 include Eldar Scrolls Online, Guild Wars 2, and Star Wars the Old Republic. They are all well made with few bigs and are constantly being worked on by the development team.

WOW has been, and is one of the most popular RPGs to dominate the past 2 decades. While it is certainly unique in its own rights the list of these games are solid RPGs with a few different flavors.

swtor and lotro is where its at

Nice game review! If you guys are looking for a way to record WoW videos, I recommend you to use the AceThinker Screen Grabber Pro. It can help you record game videos in HD quality. Perfect for live game streaming.