You'd be surprised how common this question is from both beginner and advanced computer users. Even hardcore PC users like gamers may be at a loss when asked about the frequency of replacing thermal paste and how much is too much thermal paste.

Simply put, the answer doesn't rely on you using the best thermal paste, but it is often on a case-to-case basis. This post should clear up your worries about when should you replace thermal paste.

How Often Should You Replace Thermal Paste on CPU, GPU & Laptop

It doesn't matter if you're working on your laptop, CPU or GPU. Some computers live up to 10 years without the need to replace thermal paste.

Of course, this depends on several factors, such as what you use the computer for (are you a gamer, or standard PC user), and type of cooling system, among others.

If this is the case, when or how to tell if thermal paste needs replacing? There are 3 scenarios where thermal paste reapplication is absolutely required:

We'll discuss the reasons why these scenarios occur below.

What Is Thermal Paste & What Does it Do?

But first, what is thermal paste and what does it do?

Thermal paste, or thermal compound is a material used in installing your computer's cooling solution. This is used in the CPU, graphics card, or any processor that requires some kind thermal solution to operate at optimal efficiency.

When you buy a new graphics card, manufacturers already placed a layer of thermal paste on it, so you no longer have to do it on your own. If you're making a custom gaming rig and planning to install liquid cooling, you would need to buy your own tube of thermal paste and apply it yourself.

The DIY thermal paste application is also essential if the original cooler or heatsink had to be removed due to the scenarios listed above.

If you very closely look at the metal base of the cooler or heat sink, you'll see that these surfaces aren't really flat. These tiny gaps, even if it isn't visible to the naked eye, could cause poor heat transfer. The bigger the gaps between the two surfaces you're connecting, the less they are able to connect and results in lesser heat transfer as well.

How Often Should You Reapply Thermal Paste On Your GPU and CPU?

If you understand why thermal paste can help your GPU or CPU cooler do its job, you shouldn't be wondering how often should you replace thermal paste on CPU anymore.

In most cases, replacing GPU thermal paste will only be necessary after 5 to 10 years. And even then, if you are an advanced user, there's a chance that you may be upgrading your GPU completely and would no longer need to reapply any thermal solution.

Your goal should be to follow certain precautions and maintenance, so there is a slim chance worrying about replacing thermal paste on GPU or CPU anytime soon.

If you do follow these maintenance tasks religiously, the CPU or GPU would remain at the required cool temperature and suffer less performance issues. This also means you'd spend less money and time troubleshooting your system.

You might think that the answer to the dilemma of how often should you replace thermal paste lies only on the components inside your PC. This is an assumption that could lead to a lot of headache.

Understand that processors like the GPU and CPU produce extraordinary levels of heat, which is why they are designed to pair with some kind of cooling system. This cooling system, which is often a fan placed right beside them, or even around the CPU case, keeps the processor from overheating.

As such, you should make sure that this fan (or any other cooling system) remains clean.

Imagine a traditional fan and how quick it is to absorb dirt or dust. Now imagine the fan inside your PC sucking in all the dust from your room. See? Even the environment outside your computer affects the performance of its cooling system. And once this fan or cooler gets blocked by dirt, all hell will break loose and it could be the start of your GPU or CPU's heating problem.

This is the easiest maintenance of all: clean your room, office, or any area where your computer or laptop is located. Clean it regularly.

However, one environmental factor that you have no control over is the climate. Are you living in a country or region with hot climates? The only solution for this is to use air-conditioning where your computer/laptop is situated, or opt to use the computer at nighttime when the climate gets a bit friendlier.

Sometimes, the solution to overheating may not be connected to replacing thermal paste on CPU or GPU. It may simply be due to your PC case.

The generic case that comes with computer packages usually don't have many bells and whistles that are available on advanced gaming rigs. Sometimes, regular users are unaware that the case, its fans and how a CPU collects dust are three factors that could cause overheating.

If you're buying or replacing your PC case, the most ideal ones are equipped with:

If possible, stay away from cases made of tempered glass and other materials that could block airflow if not designed efficiently.

This doesn't mean you can't have a PC case without dust filters and two (or more) fans. It is entirely possible to use it without overheating, as long as you are not using resources that contribute to increasing the system's temperature.

Condition of Your GPU and CPU

The condition of your CPU or GPU will also dictate when to replace thermal paste.

Most average computer users do not have to upgrade or change CPU until it dies on them and no longer runs. But in the case of gamers and heavy users (graphic designers, programmers, and so on), this decision could based on any of these things:

Obviously, if either of your CPU or GPU no longer works at an optimal level, it directly affects your cooling system because damaged components generate more heat than they should. 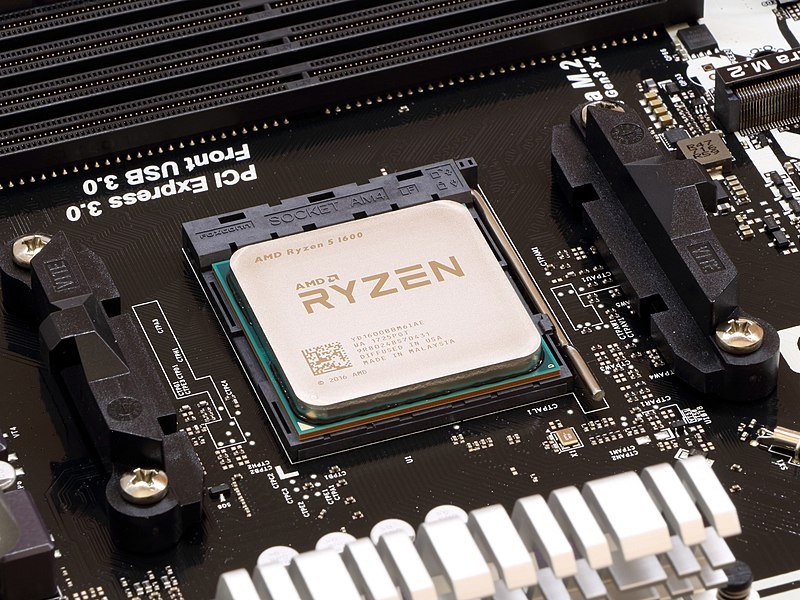 Computer parts usually generate quite an amount of heat even during normal use. This is the reason even the most basic computer has a fan built into its case, and why gamers opt for advanced cooling systems for their set-ups.

Try to cover your CPU's vent and you'll literally feel it working harder than it should. The reason for this is that the heat-generating components of your computer rely on proper airflow to work optimally. This means that the case, fans and other cooling components must work together so that cooler air could be drawn from outside, while hot air generated inside the CPU is expelled.

Your GPU (graphics processing unit) and CPU (central processing unit) are the biggest heat generators in your system, which is why most manufacturers design them with their own built-in cooling systems. It's the reason why a heatsink is connected to the CPU and why a typical GPU has a fan and an exhaust to keep it cool.

If you buy a new graphics card or CPU, check for cooling requirements. This requirement varies between brands and models, so make sure to read the manual.

Disassembling the GPU and CPU

Almost all CPU coolers require thermal paste to "stick" to the other surface, but some components already have this pre-applied. If you're unsure, look at the bottom of your CPU cooler's base plate (this is the side that attaches to the CPU). If you see a thin layer of silver thermal paste, then you don't need to apply it anymore.

However, if for any reason you must disassemble your GPU or CPU, reapplying the thermal paste is a necessary step.

For visual learners, good thing there are hundreds of videos on YouTube that could guide you through this step-by-step.  As long as you follow instructions to the T, and are careful not to bend pins or spread too much thermal paste all over your system, then all is good.

Just make sure to follow the steps in reverse when reinstalling, reseating everything. Not securing your CPU or GPU in place is just as bad as leaving them loose or unseated.

The Quality of the Thermal Paste

If you're installing a brand new GPU, there's a huge chance that it comes with pre-applied thermal paste. If this GPU is from a reputable brand, I'm betting that the thermal paste they used for their component is also high quality.

How to know if a thermal paste needs replacing? If you aren't installing a new component and is just reapplying thermal paste after troubleshooting or fixing loose heatsinks or coolers, then this is where it becomes tricky. You will need a tube of thermal paste to get the job done. 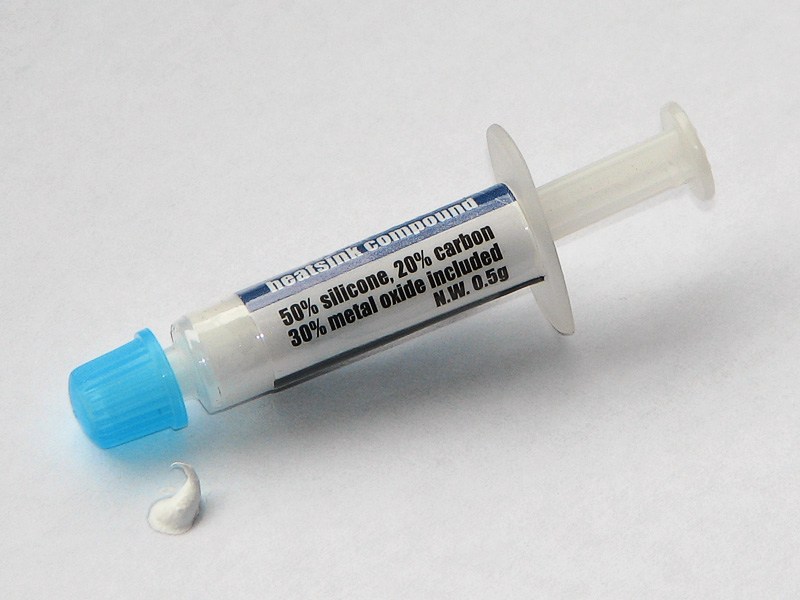 Choose from a known brand and splurge for quality. If you choose based on price and end up using a low-quality thermal paste, it could dry out quickly and force you to reapply within a year or so. Thermal paste alternatives which we covered in this post do not last that long.

Having Issues with Your GPU and CPU?

You have several clues if the issues you're experiencing with your GPU or CPU is due to heat transfer problems. They might include:

If you are experiencing any of these issues, the first thing you should check is your CPU or GPU's cooling system. Prepare to clean off old thermal paste, reinstall your GPU/CPU, dot or line a new application of thermal paste, and put all the cables and components back in its original place.