HyperX keeps on innovating and improving their mouse game and the Pulsefire Core RGB is just another premium example of it. Not premium in the sense of cost, but premium in terms of the overall quality you're getting.

With that in mind, let's take a more detailed look at what it offers and break down how good the Pulsefire Core actually is. 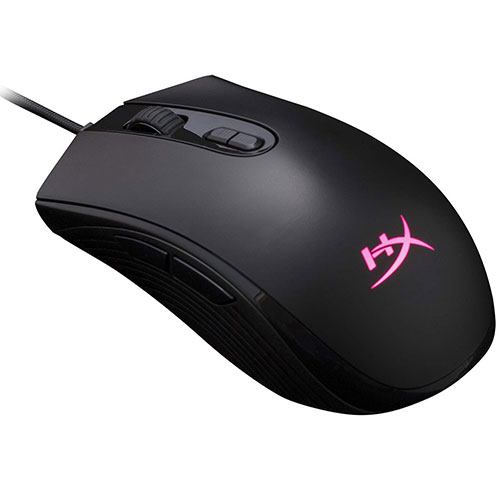 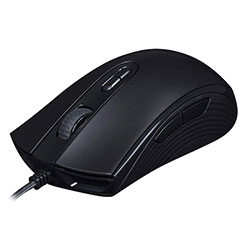 When HyperX develops something new, they're usually giving you some of the best items you can find; hence why the HyperX Cloud II headset has been one of the longest standing #1 picks on pretty much everyone's list.

Similarly, the Pulsefire Core RGB is just another addition to an already great roster. It's packing an awesome Pixart 3327 sensor that's comparable to a high-end 3360 and it also utilizes quality Omron switches rated to 20-million clicks.

This all comes with an extremely affordable MSRP of $39.99 USD.

If you like a minimalist design that doesn't go over the top with excessive amounts of RGB lighting and more angles than a stealth jet, the Pulsefire Core has you covered. The overall shape and design is very minimalist without being too basic; it's definitely a mouse that could be used in the office without anyone looking twice. 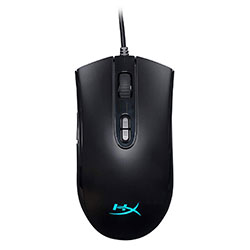 Whether you're using a claw grip, or a palm grip, you won't have any issues with the Pulsefire Core. It's shape and button setup allows for easy use of pretty much any grip style. That said, if you have really big hands you might find this mouse feels a little small. At only 87 grams, it's definitely one of the lighter and smaller gaming mice on the market.

The Pulsefire Core does feature fully-customizable RGB lighting, but if I'm being honest it feels a little pointless. There's only one area that's lit, the logo under your palm. Meaning, you can only see the RGB lighting when you're not using the mouse. That said, this isn't the only mouse to feature semi-pointless RGB lighting, many of them do now.

Another downside that you may or may not even care about are the side grips. They're not rubber like you might expect, but instead are made out of a hard, lightly-textured plastic. However, they still work well enough and do allow for more grip than you'd have without. One bonus with the hard plastic is they won't trap sweat like some grips can.

HyperX made a great choice when they decided to use the Pixart 3327 sensor. It boasts awesome specs that are comparable to high-end sensors like the 3360. With a max DPI (dots per inch) of 6200 and a max speed of 220 IPS (inches per second), it's both highly accurate and very reliable. 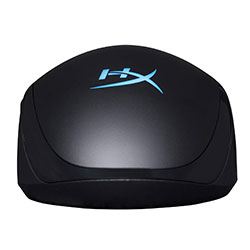 There are 4 default DPI profiles installed on the Pulsefire Core, 800/1600/2400/3200 DPI. The default profiles can either be edited, or you can create your own custom profiles via the HyperX NGenuity software. You can also use the NGenuity software to customize your RGB lighting.

As you would expect, HyperX opted to use quality switches from the most reputable switch manufacturer, Omron. The switches used on all 7 buttons are rated up to 20-million clicks which translates into multiple years of daily usage.

Overall, the Pulsefire Core performs like a much more expensive mouse than it actually it. It could easily give a mouse like the Razer DeathAdder a run for its money.

If you're looking to get a well-priced mouse that boasts high-end performance and a minimalist design, look no further than HyperX's Pulsefire Core RGB.

Thanks to the awesome Pixart 3327 sensor and quality Omron switches, you won't have to worry about reliability or accuracy. It caters to both claw and palm grip and could even be used left-handed if you needed to. One could say, it just works.

Is it worth spending the extra $10 on this over the Pulsefire FPS?

Personally, I think it is. The Pulsefire FPS is a good mouse, don’t get me wrong, but the Pulsefire Core is better overall.