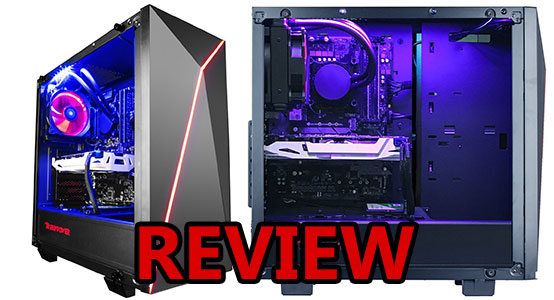 For a long time now the common advice has been to avoid prebuilt gaming computers at all cost, only ever build your own. It used to be that prebuilt desktops came with low-quality hardware and charged through the roof for them, but does that still happen?

Not only does this i7 8700K + GTX 1070 powered beast deliver a lot of gaming performance, but it does it for a really reasonable price to boot. By the end of this review I think you'll see what I mean!

Have a question? Feel free to leave a comment! I read them all and reply to most of them!

Ratings based on price relative to components used

Not only does this i7 8700K + GTX 1070 powered beast deliver a lot of gaming performance, but it does it for a really reasonable price to boot. The iBUYPOWER Gaming Desktop 9260 is absolutely one to consider! 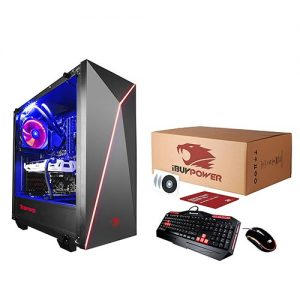 The first thing to know when you're buying a prebuilt desktop is you're not guaranteed to get the same components as the next person who buys the same computer. Sometimes, companies like iBUYPOWER and other popular builders might use a variety of different but relatively equal components in their setups.

That said, breaking a prebuilt desktop down to the core components used can help us determine whether or not its a good deal. Sometimes, as is the case with the iBUYPOWER 9200, you end up getting a solid gaming computer for an equally solid price.

Processor (CPU): iBUYPOWER definitely didn't cheap out on the processor in this desktop, they've opted to go with a top-of-the-line 6-core 12-thread Intel i7 8700K. It fully supports overclocking but even if you don't want to OC it'll still reach speeds up to 4.7GHz without having to change a single setting.

Right now, the i7 8700K is the clear king of gaming when it comes to current processors. There's really no way to get a better processor (for gaming) without spending insane prices on something like an i9 or a Threadripper, but even there the difference in gaming wouldn't be a lot.

Motherboard: The mobo used in this build isn't mind blowing but it's a good board nonetheless. You should receive an ASRock Z370 Pro4 ATX motherboard featuring everything you'll need and then some.

The Z370 Pro4 comes with 2x m.2 slots for NVMe SSDs, 6x SATA ports for additional HDDs and SATA SSDs, a total of 5x USB 3.0 ports as well as integrated audio and an on-board ethernet controller.

Graphics (GPU): The GTX 1070 is a great graphics card for playing games in either 1080p, 1440p, and even 4K if you wanted to depending on your settings. They have 8GB of VRAM and can handle all but the most graphically demanding games on ultra settings.

Exactly how well it'll perform depends on the game you're playing, the resolution you're playing it at, and the graphical settings of the game. Something like CS:GO will run at 200fps+ in all resolutions, where as something like The Witcher 3 is going to vary a lot from 1080p - 1440p - 4K.

The exact model you get with the iBUYPOWER 9200 might vary, but as a general rule it seems like most people are receiving a MSI GTX 1070 Aero.

Memory (RAM): 16GB of RAM is effectively the standard in this level of build. Soon, it'll be the standard in all gaming PCs and having 16GB now saves you the hassle of having to upgrade down the road.

That said, the 16GB of 2400MHz ADATA XPG Z1 DDR4 RAM you get in this build isn't anything mind-blowing or super high-quality. It's basically a step above the baseline and not much more. That's not a bad thing by any means, but if you were looking for some crazy RGB RAM you won't find that here.

Storage: Generally speaking, running a dual drive setup is ideal, not just for a gaming PC but for any PC. So, it's awesome to see both a WD Blue 1TB HDD and a WD Green 240GB SSD used by iBUYPOWER in the 9200. The fact that they're Western Digital drives is even better due to the fact that you know you're getting quality drives when you run WD.

Power supply (PSU): The PSU, as you're expecting, is a very basic 500W supply from a company named Allied. It's well hidden beneath the PSU shroud and the cable management coming from the supply seems to be done well. 500W is more than enough for everything in this build to run at full-power, so there's definitely no issue there. That being said, for peace of mind you might want to put out the $60-$70 for a better 80+ Gold rated supply at some point down the line.

Connectivity, OS, Etc: There are a total of 7 USB 3.0 ports spread between the case and mobo, 5 on the mobo and 2 on the front i/o panel of the case where you'll also find both a 3.5mm headphone and 3.5mm microphone jack. The GPU has DVI, HDMI and DisplayPort inputs for connecting your monitor and you can find 2.1 channel audio jacks on the motherboard for speakers etc.

Windows 10 comes installed by default and all you have to do is go through the first-boot setup process. That said, do not turn your PC off during this! It'll require a clean install which is just a headache, even with the included boot disc.

The case is fairly decent, it's not a big name brand but instead is one of iBUYPOWER's own cases dubbed the Slate Gaming Case. It cannot support front-mounted fans and because of this suffers from minor airflow restrictions, however it's not terrible.

It also comes with an iBUYPOWER branded mouse and a keyboard as well. The iBP keyboard isn't mechanical and the iBP mouse isn't the best, but this pair will definitely work if you don't have anything better on hand.

Performance-wise, the iBUYPOWER 9200 is a beast. The i7 8700K + GTX 1070 + 16GB of DDR4 RAM have absolutely no problem chewing through anything in 1080p and even 1440p. It can also handle 4K gaming, but be ready to turn some settings down to mid-high to maintain a semi-decent frame rate.

Like you saw in the benchmark, an i7 8700K + GTX 1070 can handle 4K gaming, but it's not going to be as smooth as it would be in 1440p. In 1440p you could realistically expect to maintain 60fps in practically any game out right now without an issue. In 1080p you could squeeze out 144fps depending on the game.

To build it yourself...

The argument for or against a prebuilt desktop almost always comes down to the actual value of the parts used vs the price of the build vs what you could build yourself for the same amount of money.

With that in mind, let's take the iBUYPOWER and and figure out the actual value of everything you get. Then, let's compare that to an equally priced build and see which one comes out on top.

As prices regularly fluctuate, what’s listed below may or may not be accurate depending on when you’re reading this. Not all components in a prebuilt desktop can be bought at the consumer level, in those instances the price has been estimated. GPU prices are taken from before the 2018 GPU shortage.

Some of the prices for the iBUYPOWER 9200 had to be estimated, specifically for the case, and the CPU cooler. The price for the MSI GTX 1070 Aero was taken from the average price before the 2018 GPU shortage, as of writing this that card is currently selling for around $600 opposed to it's usual price of ~$400.

Of course, all of these prices were also estimated at the original time of writing which was in March 2018.

Without taking into account the current price of graphics cards (during the GPU shortage) a similar build to the iBUYPOWER 9200 would cost you roughly $1539 + your time to build it and install things like the operating system and drivers. Unless the list price of the 9200 changed sometime between this review and the time you're reading it, it's quite a bit cheaper than building the same desktop yourself.

Prebuilt gaming desktops have had a bad stigma attached to them for a long time now. Whether that was for overcharging, using bad components, or hiking prices way up, it's always been uncommon to see a prebuilt desktop suggested over a custom build.

If nothing else, I hope my review of the iBUYPOWER 9200 was able to give you a good outlook on it's components, it's potential performance, and whether or not it's a good option. 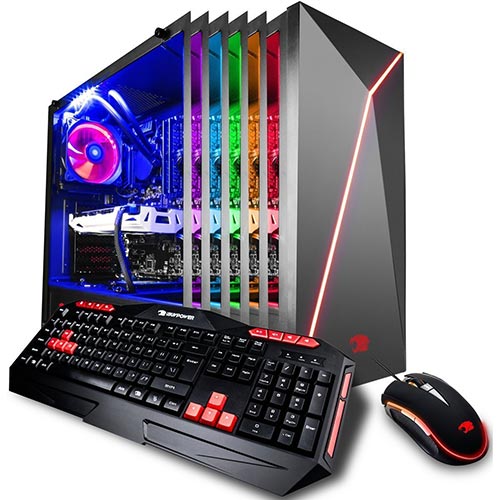 Get Yours!
0 0 votes
Article Rating

How much FPS does it run on Fortnite

is there room to add additional RAM?

Meant to include my contact info. I’m wondering if this configuration can support three monitors as-is.

Sure does! You could easily run 4 if you really wanted to!

Bought this based on your recommendation, couldn’t be happier. Thanks.

Awesome, good to hear! Glad I could help!