Intel’s Kaby Lake CPUs have released – Worth the upgrade?
0 Comments

Intel’s new Kaby Lake lineup of CPUs has finally released for consumer desktops, but is it really worth the upgrade in terms of gaming? Should your new gaming PC build be using Skylake or Kaby lake? Let’s take a look and see if we can’t find some answers for these questions and more! 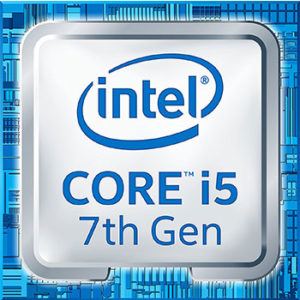 Intel claims to have refined and revised the 14nm manufacturing process to the point of allowing the Kaby Lake CPUs to not only run at higher stock speeds but also overclock much higher than their 6th-generation predecessors who are using the same 14nm size. As an example, an i5 6700K can comfortably overclock to 4.5GHz on air cooling, but an i5 7700K could potentially be pushed up to 4.9GHz!

Greater clock speeds and higher overclocking potential aren’t the only new additions, non-K Kaby Lake CPUs are also going to support up to 2400MHz RAM on non-Z chipset motherboards (B250 & H270) which is an awesome upgrade from the previous limit of 2133MHz. Kaby Lake also benefits more from higher speed RAM in gaming scenarios than older generations of CPUs do, which is something to take note of.

Whether or not upgrading to Kaby Lake is the right thing for you, or not, depends on your current system and how much budget you have to play with. If you’re currently running a Skylake CPU (6th generation) then it’s probably not worth your time or money to upgrade at this point.

If you’re running anything older than Skylake, well, it might almost be a good time to upgrade! Maybe not right this second, but in the near future. With the new motherboard chipsets just rolling out, the current selection of Z270, H270, and B250 motherboards is rather lackluster and very expensive at the time of writing this. This isn’t to say that you couldn’t use a Kaby Lake CPU on the older Z170, H170, B150 chipsets, but to take full advantage of everything Kaby Lake has to offer you will definitely want the newer chipset.

The price of the CPUs themselves are actually very reasonable, with an i7 7700K being only $10 more than an i7 6700K and the i5 7500 set at just a couple dollars higher than the i5 6500. In my opinion, these small price variances are worth the general performance differences between Skylake and Kaby Lake. But, at the same time, some results have shown Kaby Lake and Skylake being almost identical in performance in some instances. 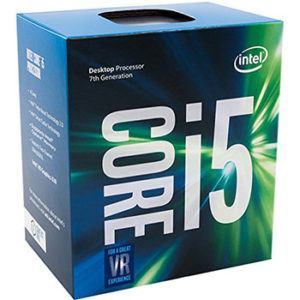 Based on the cost of the currently available motherboards running the new chipsets, I won’t be updating my builds to include Kaby Lake CPUs until the mobo selection has expanded and some reliable reviews have come out. Once that happens you can guarantee that my builds will be updated ASAP! Especially the higher-end builds running K-model CPUs – the increased overclocking potential will no doubt be of great benefit in certain scenarios!

This all being said, I don’t think that it’s really worth buying into Kaby Lake at this present time. Once more Z720, H270, and B250 motherboards have been released is when you should consider the upgrade – or wait for AMD’s Ryzen CPUs to launch sometime later in 2017.

Intel’s new line of CPUs, Kaby Lake, does bring some alright upgrades over the 6th-generation Skylake predecessors, but since it is so new I don’t think you should trail blaze and jump into anything quite yet. Hold off for some reliable reviews on motherboards and some good benchmarks to prove the performance gains before! You should instead check out these articles on the best CPUs of 2018 and the best processors for gaming.

Have any thoughts on this new lineup of CPUs? Do you think it’s worth the upgrade? Will you be doing so? Let me know below!