Logitech's G502 Proteus Core is hands down one of the best mice you could be using. But why? What sets the G502 above the rest of the competition? Is it the quality? The accuracy? The comfort?

Is it really as good as everyone says? 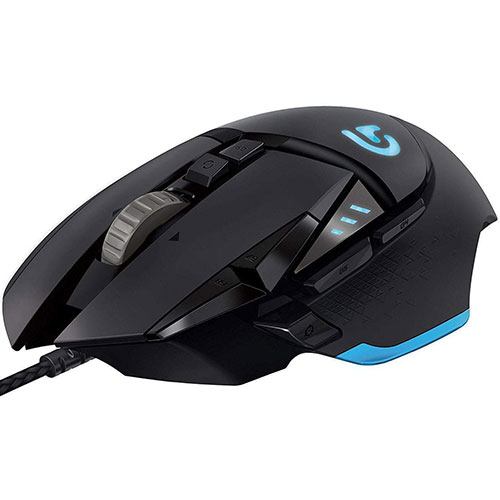 Logitech's G502 Proteus Core is one of my favorite mice, without a doubt. That being said, I'm not being paid to write this review nor did I receive a review sample. I've actually been using the same Proteus Core since 2014, before PC Game Haven even existed. 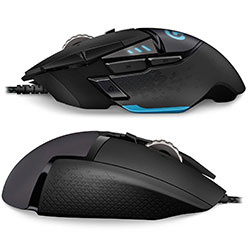 With that in mind, this is a revision of an older review. With the recent release of the upgraded G502 Proteus HERO, I thought it was a good time to show some love to the Proteus Core by giving it an updated review.

With that out of the way, yes this is a phenomenal mouse; there's a reason why the G502 has been the #1 rated mouse on my top 5 gaming mice under $100 roundup for years. However, it does have its caveats that might turn you away from it, but we'll get into those in a second.

The G502 Proteus Core is a wired mouse running a high-quality Pixart sensor, meaning it's extremely reliable and highly accurate. It's also the mouse that I use as the baseline when I review any other mouse in a similar price range. So, yeah, it's really that good. It's not the absolute best mouse, but it's definitely near the top of the "overall best" list. For the price, you really can't beat it.

The G502 is exactly what you think of when you think "gaming mouse". It's boasting plenty of rigid angles like some kind of stealth bomber and almost has as many buttons as one to boot. With a fully array of 10-buttons, most of which are programmable, you can run as many macros as need be. 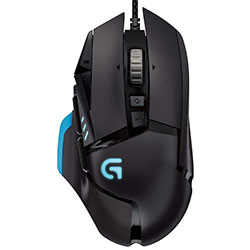 In terms of grip, the G502 definitely caters to palming the mouse more than clawing it, but you could really use it either way without much problem. However, it's very much NOT an ambidextrous mouse. If you use your mouse left-handed, you probably won't enjoy using the G502.

What can I say? The G502 Proteus Core is known for it's incredible performance. Not only can you custom-tune the weight to pretty much whatever, but it's also boasting a highly-accurate Pixart 3366 sensor that can be toggled anywhere between 200-12000 DPI by default. 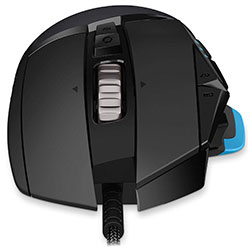 The Omron switches are top-notch and after nearly 5-years of use, mine still (almost) feel like they did on day-1. The only complaint I would have relates more to the positioning of the thumb buttons than anything else.

The G502 has a total of 11 buttons, 12 if you include the left and right click functions of the middle-mouse button. The 2 buttons found just beside the left-mouse button are used as DPI toggles by default, but can be reprogrammed for whatever, so they're also counted.

Speaking of programmable buttons, almost every button on the G502 Proteus Core can be reprogrammed or setup to run macros via Logitech's Gaming Software - it's not the most creative name, but the program works well.

There's also a dedicated profile toggle button found in the thumb area, you can either use this to toggle between default/custom profiles, or you can reprogram it for something else. Another button you'll find just below the middle-mouse button is for toggling between a "tactile" scroll and a buttery-smooth scroll with the MMB; an option not commonly seen on mice anymore.

Overall, Logitech's G502 Proteus Core is easily one of the best mice you could be using. It's highly accurate, comfortable to use, and very reliable. This mouse will last you years.

Just be aware that it lacks RGB lighting, is only a right-handed mouse, and has slightly awkward thumb-button positioning (until you're used to it).

Outside of those few caveats, the G502 Proteus Core is nearly the perfect mouse, and that's why it hasn't changed (much) since 2014.

I have this mouse. i bought it because multiple ppl recommended it to me since I asked for large hand mouse. Let me say- its a great mouse, good clicky, dpi change couldnt be easier, even have page up/down bound to the dpi up/down but can still change dpi easily. I’m not worried it will break, and i’ve gone through 2 $60-80 “””gaming””” mice in <2 years. only problem–its NOT for BIG HANDS, i'm only 5'9" rail thin so i'm no giant. Have no idea how its advertised for big hands. I make due, its still larger than some mice.

I think it’s because it’s bigger and heavier then most other mice. I had the same problem but I couldn’t find anything that was bigger and had what I wanted.