OriginPC desktops are overpriced – Do this instead
6 Comments

When you’re shopping around for a new gaming PC, OriginPC might have been one of the sites you’ve checked. But, before you buy your desktop from them, you might want to consider some of the following points. 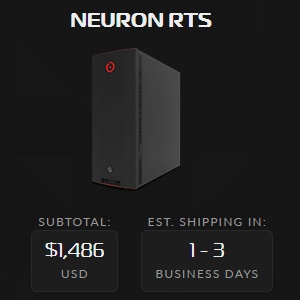 To build an arguably better desktop yourself, you’re looking at roughly $1000-$1100 USD + a few hours of your time. Granted, you wouldn’t get the lifetime 24/7 tech support or 1-year part replacement warranty that OriginPC offers, but you would still get manufacturer-issued warranties.

Now, it’s not like they’re trying to rip you off. Definitely not. Or, at least, I hope not. I think it boils down to the fact that building a desktop takes time, and time costs money. They also ship your desktop in a big wooden crate and I can’t imagine that’s too cheap either. Still, you have to admit, $300-$400 is a pretty big difference.

Point being, you could save 35%-48% of the total cost just by building your own desktop and that’s a fairly substantial amount.

If you’re not a fan of building your own desktop, you can easily find prebuilt options with similar, or even better specs, for cheaper. But, we’ll get into that near the end of this post.

Not only do they overcharge for the build, but they overcharge on their accessories as well – sometimes by a huge margin. As an example, you could opt to have an Asus 24″ VS248H-P 1080p monitor thrown in for an additional $199. Or, you could pick one up for about $130-$140 pretty much anywhere online. That’s a pretty big price difference for an aging 1080p monitor.

Or, maybe you wanted to go all out and grab yourself a 34″ ultra-wide curved monitor with G-Sync. Well, OriginPC will sell you just that in the form of the Asus PG348Q for $1499. Alternatively, you could buy the exact same monitor basically anywhere else online for around $950 or less.

Another example would be the Logitech Z906 5.1 sound system. To add one to your order at OriginPC, you’re paying an additional $399. Anywhere else online, the Z906 has been sitting around $299 for almost a year, sometimes closer to $270. It’s a great sound system for sure, it’s actually what I use, but I wouldn’t pay $100-$130 more than I have to for one.

One thing is for sure, don’t order your peripherals from OriginPC unless you’re prepared to overpay by potentially hundreds of dollars.

It’s not all bad

It’s not all bad. Beyond vastly overpriced accessories and add-ons, OriginPC actually builds really solid desktops. I hate to make this comparison, but they’re quite similar to Alienware.

If you don’t mind paying an increased premium because you trust OriginPC more than the other brands, that’s fair enough. They wouldn’t have made it this long if they sold bad builds and I’m definitely not trying to imply anything different here.

However, similar to Alienware, you can usually get the exact same performance, or even better performance, for significantly cheaper elsewhere. Whether that’s building it yourself – the least expensive route. Or simply buying from an OriginPC competitor that offers better prices.

Something that’s impossible to ignore is the fact that you can easily find prebuilt desktops from other builders with the same specs, for less. Or even with better specs for less. 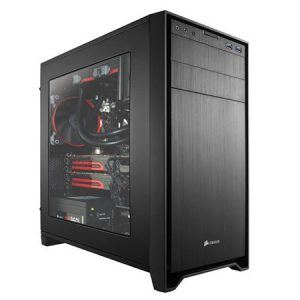 With alternative options like those, it’s hard to see the reasoning behind OriginPC’s comparably high prices.

Don’t get me wrong, I’m not trying to knock OriginPC’s build quality or anything like that. But, their prices, especially for their add-ons, can easily be beaten by shopping around – and that’s exactly what you should do instead of buying from OriginPC, shop around.

It might turn out that OriginPC desktops are the ones you like the most and you don’t mind paying more for them, and there’s really nothing wrong with that.

I just built the same PC that I found on there (around $2100 from them) for almost $900 cheaper. And, I didn’t even look for deals; I just searched Amazon for the most part. Someone could easily find steals on some of these components and save even more money. The worst part about it is that this insane markup only seems to be an Origin thing. I built a comparable (and debatably better PC) through Alienware’s website and still saved $300. You still get a markup obviously, but it isn’t quite as “insane.”

I can completely understand a markup in general, as you have to make money, pay your workers, and keep your business alive in general. But, I don’t think you can defend that kind of price hike.

I built the exact system that I bought from Origin PC on PC Part Picker and it was $100 more expensive, so at this point it’s pretty much even.

I have to say thanks. I was just about to buy the same desktop you used as an example but I thought I should look around first. I don’t usually complain about paying more for better quality but when I can get something better for the same price I’ll always do that instead.