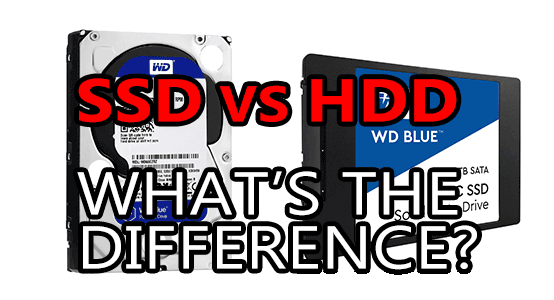 If you’re stuck trying to figure out exactly what the difference is between an SSD vs HDD, you’re going to want to read this article. In it, I’m going to tell you exactly what you need to know to make an informed decision for your next storage upgrade.

Solid State Drives (SSD) and Hard Disk Drives (HDD) are the two primary forms of storage in desktops, laptops, and pretty much everything else. But, that’s where the similarities end; everything else about an SSD vs HDD is effectively different.

Let’s take a look at what makes each form of drive unique.

HDDs are one of the oldest forms of computer storage and have been in use for over 60 years. They were first developed by IBM in 1956 (they were bigger than a fridge) and have since been improved on dozens of times to the point of where we’re at today.

In today’s market, HDDs are touted for their low price per GB and extended lifespan when compared to a solid-state drive. There are 2 common sizes of HDDs, namely 3.5″ and 2.5″; the latter are primarily used in laptops and 3.5″ drives are mostly used in desktops. There are also different speeds of HDDs, the most common are 5400RPM and 7200RPM, but there are performance models with speeds up to 15,000 RPM.

HDDs are full of moving parts and are prone to damage from drops and impacts. These mechanical parts also create noise and you can often hear those parts moving under heavy workloads; especially as the HDD gets older.

Due to their inexpensive nature, HDDs are great to use for mass storage drives where high-speed transfers are not crucial.

SSDs are a little younger than HDDs and were developed in the late 1970s. Like the HDD, the SSD has undergone numerous upgrades over the years and what they had in 1978 was a lot different than what we have now, they were also exponentially more expensive. Due to the cost, SSDs were not widely used in consumer goods until the late 2000s. 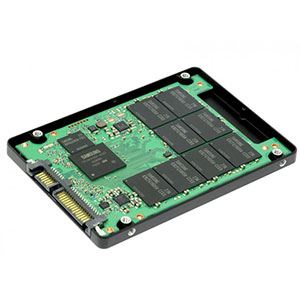 Fast-forward to 2018 and SSDs are not only affordable but commonly found in consumer electronics as well. SSDs still cost more than HDDs if you break it down into price per GB, but there are clear advantages to owning an SSD that often make them worth the extra cost.

SSDs have no mechanical parts, because of this they are less susceptible to damage from falling and impacts and run basically noiseless. However, the flip side is that SSDs have a more limited lifespan when compared to an HDD. 5 years is often a good estimate of the lifespan of your average SSD.

SSDs are also significantly faster than HDDs, offering up to and sometimes well beyond double the transfer speeds of your conventional 7200RPM HDD.

There are also multiple form factors of SSDs, some coming with significant benefits over the others. The most common of these other form factors are M.2 and M.2 NVMe SSDs. M.2 SSDs offer more convenience than a SATA-based SSD as it takes up next to no space, just a small portion of your motherboard about the size of a stick of gum. M.2 NVMe SSDs give you the same M.2 convenience benefits, but with the added bonus of being significantly faster if your motherboard supports it. M.2 NVMe SSDs are also significantly more expensive than the other types of SSDs.

As mentioned previously, SSDs are much more expensive than HDDs. Your average 120GB SATA SSD is going to cost anywhere from $40-$50+ which is the same price as a 1TB HDD – a 1TB SSD generally costs around $250-$300. M.2 and M.2 NVMe (Non-Volatile Memory express) SSDs are even more expensive than SATA SSDs in comparison.

HDDs and SSDs aren’t the only options on the market. There’s one more that’s less commonly used. The SSHD, or Solid State Hard Drive. Basically, the SSHD is a combination of an HDD and an SSD. They contain both spinning disk platters and the NAND flash memory you’ll find in an SSD. This results in a small bump in performance over your typical HDD, but it’s not usually a tremendous increase. As you can imagine, SSHDs are slower than SSDs.

Now that we know a bit about both HDDs and SSDs, it’s time for a head-to-head comparison of the two storage formats.

We’re going to compare a generalized SATA SSD and SATA HDD. For the record, M.2 SSDs are almost no different than SATA SSDs. M.2 NVMe SSDs are significantly faster. With that in mind, anything that a SATA SSD is good at, the M.2 and M.2 NVMe will be just as good if not better. SSHDs will be left out altogether.

The speed difference between an SSD and an HDD is a clear win for the SSD. Not only are they often twice as fast, but they seriously improve your entire “quality of life” in general use cases as programs boot instantaneously.

When it comes to sheer storage size, HDDs win by being significantly cheaper. In mass storage cases, HDDs should be used unless you have too much money sitting around. As a comparison, a 1TB HDD will cost about $50 and a 1TB SSD will cost about $260.

Noise is a category that SSD wins very easily. SSDs make no noise, HDDs can make some; it wasn’t a tough call on this one. HDDs also contain mechanical parts that can become “grindy” when in use, which is also a sign of your drive slowly dying in most cases.

The durability category goes to SSDs as well. They’re much more resistant to impacts and drops (not immune, just more resistant) and unlike an HDD can take a hit before all of your data is corrupted.

Longevity goes to HDDs. However, this is a relatively unimportant category. Very few people ever use their drives for it’s entire lifespan and I can’t imagine we’re going to start anytime soon.

As you can see, SSDs won in 3/5 of these comparison categories. Although this shouldn’t really come as a surprise to most people. SSDs are known to be the better option at the cost of a higher price overall. 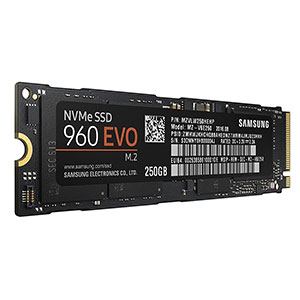 At the end of the day, SSDs are the reigning storage king, if you can afford one. They’re faster, quieter, and more durable, but they also cost more than HDDs. For this reason, your best bet to get the most bang for your buck is to run a dual drive setup. A smaller SSD for your “boot drive” (where your OS and important programs/boot programs are installed) and then a bigger HDD for mass storage (pictures, movies, music, games, etc).

If you have any questions, feel free to ask in the comment section!