To buy RTX, or not to buy… That is the question.
1 Comments

When new tech is announced, there’s ALWAYS a lot of skepticism and speculation being thrown about. Source A might tell you one thing and Source B might tell you something completely different. All of this can make new tech releases, like in the case of Nvidia’s upcoming RTX cards, very confusing and downright exhausting. 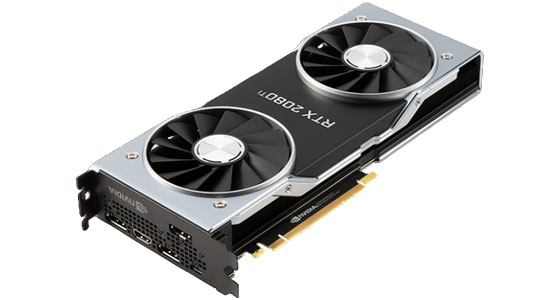 However, one constant always remains – waiting for independent reviews before choosing your “side of the fence” is a good idea. That said, whether or not you do that is entirely your decision.

Right now, we’re seeing a ton of drama coming from some of the top influencers in tech. I won’t drop any names, but I’m sure that anyone reading this already has a good idea. In my humble opinion, this is completely and entirely unhealthy for the PC gaming community as a whole. There’s simply way too much speculation being thrown about and it’s effectively tearing the community up into clique-like segments… Over something that no one really knows anything about, yet.

We’re divided enough as it is, we don’t need to let speculation and assumptions divide us even more… I hope that’s something we can all agree on.

At this stage, no one outside of Nvidia knows exactly how well, or how poorly, the RTX lineup will perform. They might turn out absolutely mindblowing, or they could end up flopping and delivering less than a 20% performance increase – the point is, no one really knows. Sure, we can see the specs, and we have some “official” (cherry-picked) benchmark results, but none of that is necessarily indicative of real-world performance.

With that being said, there’s no point in stepping outside of the realm of impartiality, yet… That is until we have hard facts in the form of reputable performance benchmarks. Once we get there, feel free to jump on whatever bandwagon best matches your opinion. Right now, there’s just not enough information to form any kind of educated opinion outside of the higher-than-normal pricing. Even the assumptions of a potential naming shuffle are completely unconfirmed and based entirely on speculation.

We all know what happens when we ass-u-me, right?

So, at the end of the day, whether or not you should buy an RTX card is your decision. My suggestion is to wait until performance benchmarks have released from multiple sources, but your money is your money and you can spend it however you see fit. The old “would you jump” analogy generally works both ways and this instance is a great example of that.

Thank you for always sharing your most educated and honest opinion about this unclear topics. Everyone is saying this or that without testing the cards on their own. Thank you again, Branton!