Have you been having issues getting Total War: Shogun 2 to work? Game crashing to the desktop whenever it loads? I was having the same issue, and this is how I fixed it. But before you start panicking, make sure you’re running Shogun 2 as an admin.

I tried what seemed to be the most common fix first, which was reinstalling all 3 redist files found in “..Steam\steamapps\common\Total War SHOGUN 2\redist\”. Alternatively, you can right-click on Shogun 2 in your Steam library, click on “Properties”, then click “Local Files” and then “Browse Local Files…”, from there just navigate to the redist folder and then follow these steps in order if you want to try it for yourself.

Unfortunately this didn’t fix Shogun 2 for me, but it has worked for a lot of other people, so give it a shot! After reinstalling the redist files, I was still left with a broken game that I really wanted to play and more searching was in order…

After searching around for a while I found quite a few threads explaining the exact same issue that I was experiencing, but it didn’t seem like many people had found many solid solutions. That’s when I found this thread that explained what was causing this error that seemed to have been plaguing you, me, and almost everyone else who uses McAfee Internet Security / Anti-Virus. 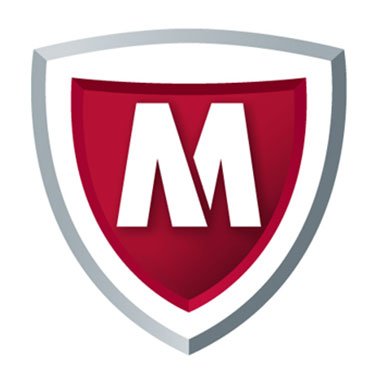 The issue lies within McAfee’s Web Advisor / Site Advisor extension for Chrome and other browsers, it blocks Shogun 2’s iteration of the Total War encyclopedia which causes the game to crash. The Web Advisor extension basically “grades” websites and gives you an indication of how safe it is in the form of a little icon, and an annoying pop-up box for some links.

Simply removing this feature will enable you to play Shogun 2 without a problem, and you can rest safe knowing WebAdvisor is not important to any key McAfee function like the anti-virus and live-scanning, etc. By removing it, you’re not opening yourself up to any malicious attacks, malware, or viruses – unless you’re visiting sites that you shouldn’t have been visiting in the first place.

Keep in mind that Web Advisor needs to be completely removed for this fix to work, just deactivating it won’t do anything, unfortunately. You don’t have to delete the entire McAfee program, just the one extension.

Now, get ready for probably the easiest crash fix you’ve seen for any Total War game.

If nothing else has worked for you, removing WebAdvisor might be your only choice if you want to play Shogun 2; it’s ultimately a simple process that only requires about a minute of your time, and it’s hopefully going to get you onto the battlefields of Japan and controlling your armies of Samurai, but there’s no guarantee of that, unfortunately.

That’s seriously it! Pretty easy, right? I had been having this issue for about a month and it was really messing with my mind because the game worked perfectly before this anomalous error cropped up out of seemingly nowhere. But, just like how McAfee’s “Real-Time Scanning” blocks certain steam functions (like finishing installations..), WebAdvisor completely wrecked Shogun 2. Keep in mind that disabling Web Advisor will do nothing and you have to completely remove it for this fix to work.

If removing Web Advisor doesn’t fix Shogun 2 for you, then here are some other things that you might want to try:

All-in-all, I hope this post was able to help you get Shogun 2 working because I know how much it sucks not being able to play something when you want to. This crash fix is ultimately pretty simple and doesn’t really require any technical knowledge or much time. Just keep in mind that Web Advisor has to be completely removed, not just disabled, for this fix to work.

I’m sure there are other causes to this issue revolving around Windows 10, but this is the solution that worked for me, and quite a few other people so far. I’ll keep this page updated as I come across more information, so don’t forget to check back if Shogun 2 still refuses to work!

Did this fix work for you? Still having issues? Let us know in the comments!

I had the same problem.
My Solution:
1: re-acquire all game files > steam > right click game > properties > local file tab > verify integrity of game files
It will take a few minutes.
2. Go to you antivirus and manage exclusions- how to varies by your anti-virus
3. Add exclusion for
C:\Program Files (x86)\Steam\steamapps\common\Total War SHOGUN 2\AwesomiumProcess.exe
Note: that’s the typical pathway for the file yours may vary. Thanks to Branton for giving me the clue.

That’s probably going to be really helpful to someone! I’ll sticky this comment and append your findings into the article. Thanks!

I have to ask, are you running McAfee as well? It might be the solution to everything here if you are.

That’s probably going to be really helpful to someone! I’ll sticky this comment and append your findings into the article. Thanks!

I have to ask, are you running McAfee as well? It might be the solution to everything here if you are.

It was Mcafee for me – Thanks a bunch – only took me an hour to track down the problem. Thanks again.

I was also experiencing this very frustrating issue for a long time and finally after a digging around on the internet I found the solution that worked for me. Give it a go and hopefully you can enjoy Shogun 2 again! 🙂

press enter and restart your computer.”

I had the same problem.
My Solution:
1: re-acquire all game files > steam > right click game > properties > local file tab > verify integrity of game files
It will take a few minutes.
2. Go to you antivirus and manage exclusions- how to varies by your anti-virus
3. Add exclusion for
C:\Program Files (x86)\Steam\steamapps\common\Total War SHOGUN 2\AwesomiumProcess.exe
Note: that’s the typical pathway for the file yours may vary. Thanks to Branton for giving me the clue.

Hi, my Shogun 2 can’t at all, I have trying to remove McAfee (LifeSafe, SafeConnect, I don’t WebAdvisor) but it didn’t work, also I can’t trying other way cuz I don’t have Steam app (I download the game not from Steam), plz help me, I got so upset about this

It worked you absolute babe!! How do you think Attila/Warhammer total wars compare to Shogun 2 btw? Thanks

Awesome, glad to hear it!! That’s a tough comparison, especially for the 2 Warhammer releases. Atilla is a big step forward from Shogun 2 and adds a lot of great mechanics, but… no gatling guns 😀 TW: Warhammer 1&2 are completely different from the rest of the TW series including Shogun 2 imo; the basic idea is the same but everything else is very different.

I tried all the above fixes on Windows 10 without success, but the one difference I have is that I have McAfee Livesafe, and I don’t have an option to uninstall McAfee Web advisor. Any other ideas?

Well, that’s unfortunate. I’m not entirely certain as I haven’t really thought about this bug lately. I’ll do some thinking and reply back.

Glad it worked for you, Gab!