Velocifire's TKL02 is a well-priced wireless keyboard with mechanical switches and a tenkeyless (80%) layout. But, that doesn't automatically mean it's worth your hard earned dollars - or does it?

Before any rash decisions are made, I think reading this review might be a good starting point. After using the TKL02 for pretty much everything, I've been relatively impressed. But, it does have a couple of drawbacks. 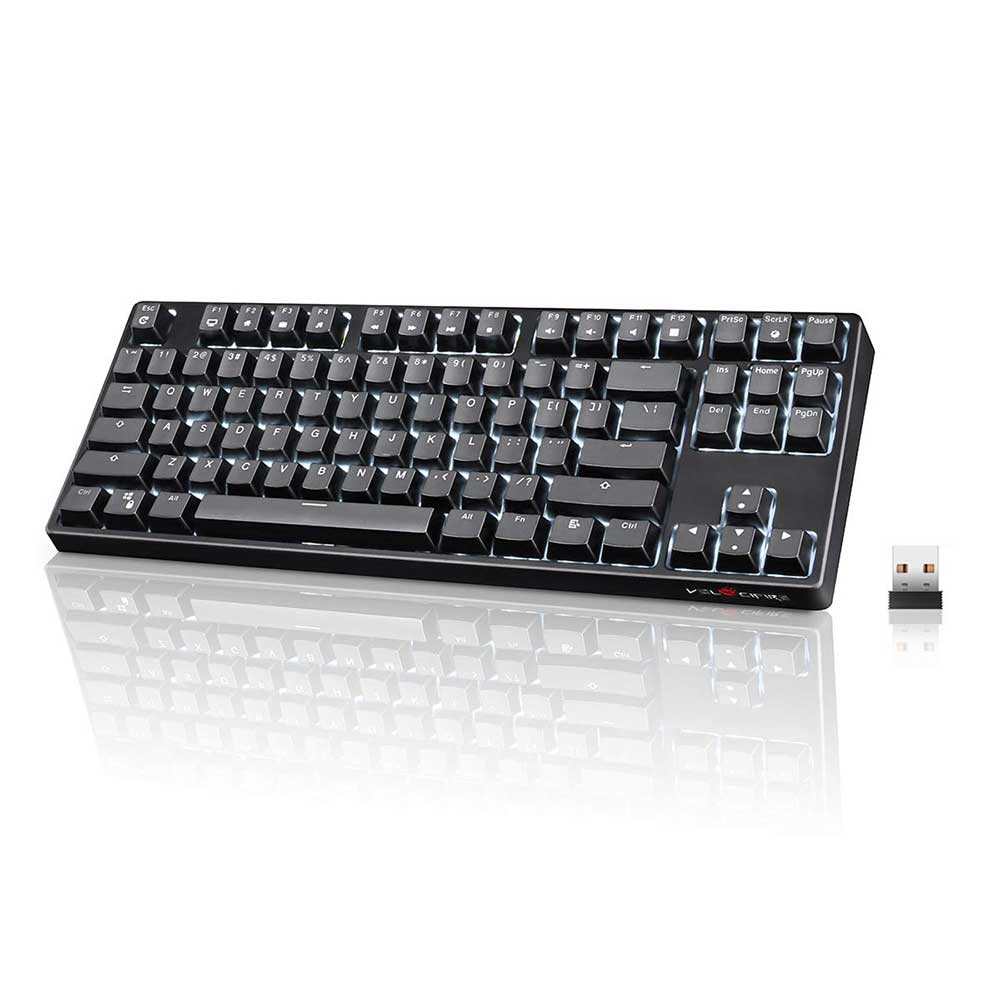 Velocifire's tenkeyless TKL02 offers up decent features for a great price. In short, it's an 87-key wireless keyboard with brown mechanical switches.

After a week of using the TKL02 for everything from gaming to typing thousands of words of content, I've been fairly impressed. It's comfortable to type on, although it misses keystrokes if you're too light, but overall the switches feel decent even though they're from a lower-end manufacturer (Content).

It's wireless capabilities aren't the greatest. If you're using it within 5ft-7ft of the included dongle it'll work without a problem. But, once you get further away than that, perfect alignment with the dongle becomes necessary - something that's often impossible if you're, say, using your keyboard from the couch.

Along with the TKL02, Velocifire also includes a 59-inch USB Type-C charging cable as well as a really handy key puller.

Overall, for less than $50 the TKL02 is a great option in terms of a wireless keyboard featuring mechanical switches.

If you enjoy a minimalist design, the TKL02 is as minimalist as you could get. Even the packaging is minimalist.

The only kind of branding on the entire keyboard is a small Velocifire logo along the front edge - perfect. It only has 1 backlight color - a blueish white. And only 2 brightness settings, off or on; luckily, the "on" setting is bright enough to perfectly light the keys without ever being too bright.

Like I said, minimalist to its core. I love this kind of design and it'd be great to see more keyboards like it. Being minimalist doesn't mean that the TKL02 is cheap feeling, either. It feels sturdy and at 2.2lbs it has enough weight to it not to slip around on your desk - that's assisted by really good rubber pads.

Being tenkeyless, the TKL02 is about 4 inches smaller than a full-sized keyboard - this can be either good, or bad. The thing is, you'll either love TKL keyboards, or you'll hate them. It just depends on whether or not you actually use your numpad. For instance, some games are almost unplayable without a numpad... But there are even more that don't require one at all.

It's slightly ergonomic in design and the keys have a slight concave to them, from the spacebar to the F-keys. When flat, the tops of the keys are about 1.5 inches off the desk at the back, and 1.3-inches at the front. Deploying the legs will add an extra half of an inch to the back's height.

First and foremost, switches. The switches Velocifire used in the TKL02 are from a company named Content. They're often considered similar to Kailh without being quite as good. That's basically how I would rate them as well. 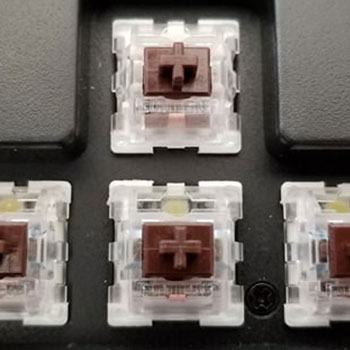 That said, I haven't had a problem with them and I've actually enjoyed my time using them so far. Sure, they don't feel as nice as say Cherry MX might, but for the price it's really hard to complain.

The wireless performance is hit or miss. If you're close to your bluetooth dongle, it'll work great. But, once you start getting further than 5-7ft away, reception becomes spotty. At roughly 10ft away, there's almost no reception unless the keyboard is aligned perfectly with the dongle. Depending on how you use your keyboard, this might be an issue. But, if you're only ever going to be a few feet away from the dongle then it won't be an issue at all.

Battery life has been awesome so far and I've only had to charge the keyboard twice in a week - once was when it first arrived, just to make sure it was completely full. This is complimented by the TKL02's energy saving mode that'll turn the backlight off after 1-minute of no use and completely put itself to sleep after 3-minutes of no use.

If you're looking to grab yourself a new wireless mechanical keyboard without spending more than $50, Velocifire's TKL02 should definitely be one of your top considerations.

Its sleek minimalist design and lack of any excessively flashy gaming features means you can use this keyboard anywhere. The office, at home, at school, it'll always fit in without looking over-the-top. 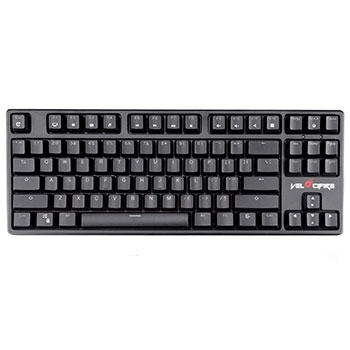 Where is the “enter” key or “return” key for typing an email?

The enter key is in the same place as on any other keyboard. It’s marked by an arrow that points down then to the left