If you’ve been waiting for months to build your new system but you’ve been put off by the absolutely insane graphics card prices, I’ve got a solution. It’s not the best solution, and it’s not one that everyone is going to like or agree with, but it’s a solution that’ll get you into gaming A LOT sooner. 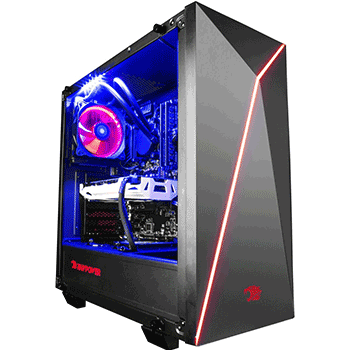 What am I talking about?

No, seriously, I’m not joking.

Since the prices for RAM and graphics cards have gone through the roof, most PC upgrades and especially new builds have become all but impossible for the average gamer.

However, the companies who build prebuilt desktops are not your average gamers and they receive GPUs before any of us for a lot cheaper – usually.

This means that system builders can more easily put together good builds for MUCH cheaper than we could during this ongoing GPU shortage. This results in great prices that we simply cannot compete with – until the shortage inevitably ends.

Something to take note of is that the budget level of prebuilt desktops (below $600) is not a great price point to buy at. If that’s you, you’re much better off saving your money up for a bit longer to get yourself something in the mid-range. You might have to wait for a little longer, but you’ll ultimately be happier because of it in the long run. 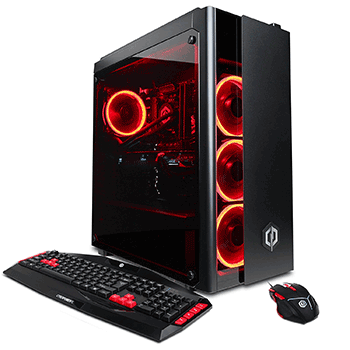 Or, check out the CYBERPOWERPC Gamer Xtreme GXIVR8020A4. It’s basically the same cost as the HP Pavilion we just talked about, but it’s coming at you with a 4GB RX 580 graphics card instead of the 3GB GTX 1060. It’s also bringing a much more aesthetically pleasing look to the table and a way better cooling profile overall. Otherwise, pretty much everything else is the same; you’re getting an i5 7400, 8GB of DDR4 RAM, a 1TB HDD, and Windows 10 preinstalled. This build is perfect for 1080p gaming. I mean, for right around $720 this is an amazing deal; I don’t think you can even buy an RX 580 for less than $700 right now due to how insanely popular they are for crypto mining.

If you’ve got more expensive tastes and you want a higher end build, there’s the iBUYPOWER 9260. It’s coming equipped with an i7 8700K with liquid CPU cooling, a GTX 1070, 16GB of DDR4 RAM, a 1TB HDD + 240GB SSD, and Windows 10 preinstalled. For right around $1500, this build is a bit pricey for what you get but it’s still substantially cheaper than you would be spending otherwise for the same setup. This is a great build for 1440p gaming and even 4K.

Picking yourself the best prebuilt gaming desktop depends on 3 things:

Outside of that, it’s up to you to choose a build that looks good (physically looks good) and offers the right specs you need to get the best deal possible. But, without knowing what kind of specs to look for at what price range, you’re going to have a hard time determining whether or not the desktop you’re looking at is a good deal, or not.

That’s why it pays to have a bit of knowledge before making the decision to buy a desktop. I wouldn’t want anyone to get a bad computer, so I’m going to give you a basic rundown on what to look for at different price points.

As long as you keep those generalized specs in mind when you’re searching for a good prebuilt gaming desktop, you should be well on your way to making a great decision. Just make sure you try to avoid the sub-$600 builds as they will not be very good in comparison to what could get for an additional $100.

A note on power supplies: Usually, the power supply you get with a prebuilt desktop is subpar to what you or I would put into our own custom build. This isn’t always the case especially on high-end builds, but it’s rather common in the mid-range and budget levels. However, this doesn’t mean that your computer will spontaneously combust if you get a “meh” power supply, contrary to popular belief. If you feel uncomfortable with the supply you get for whatever reason, it can easily be replaced with a better, more suitable alternative. 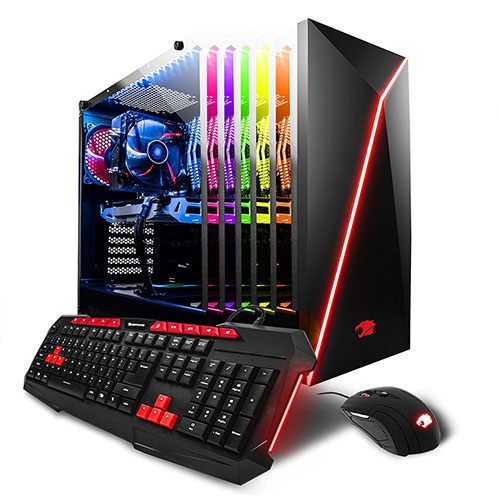 Hopefully, this article was able to give you a quick oversight into the prebuilt desktop market while showing you how to find the best one for your use case. If you’re stuck on what build to get in your price range due to the plethora of available options, simply leave me a comment and I’ll let you know what my opinion is!

Right now, you are much better off buying a prebuilt gaming desktop than you are building your own. The companies who build these prebuilt desktops have good connections with the GPU manufacturers are because of that they do not have to charge the insane prices that us consumers get charged for GPUs. That’s why they’re able to deliver you awesome prebuilt desktops for a fraction of the price you’d be spending to build the same thing, right now at least.

As always, if you have any questions, feel free to leave a comment and I’ll reply ASAP!

This still applies now? I have a pc I built from your site a few years back. I want to build another one but the graphics card prices are insane. I’m looking at the cyper power PC’s builds with a budget of 2.5k.

Hello, could you please tell me if this IBUYPOWER PC is worth buying for the price? I plan on playing triple A games on high to ultra with good FPS. I also hope to play Microsoft’s flight simulator 2020 that recently came out.

I kinda wanna make one ok my one but it seems like I have no choice. Brandon would you pls recommended me on what peripherals I need to get and a good pre built pc that can handle games at 1440 Hz like a breeze. I a competitive player and I would like to have each and every I advantage I can get gameplay wise but I am also a typical casual gamer and enjoy playing most triple a games. So far I’ve always played on my brother’s pc so getting one at a good price would be a dream come true. My price range is max 2000 dollars for the pc, keyboard,mouse,headset, and 144hz monitor

It’s all up there if you read the post 🙂